MSK investigators are reporting on a new approach for treating melanoma in the arm or leg. The therapy combines the immunotherapy drug ipilimumab with chemotherapy for only the affected limb.

For some people with cancer, drugs that help the immune system recognize and attack tumor cells have been a game changer. But for most, the outcomes from these immunotherapies are not effective, and other treatments are required.

Now a collaborative group of melanoma experts is testing a novel combination therapy for certain people with that aggressive form of skin cancer. They have combined immunotherapy drugs with chemotherapy that treats only the area affected by cancer. The results of lab research, as well as the first-ever clinical trial to explore this particular approach, are being reported in the journal Cancer Immunology Research.

“Immunotherapy has had great successes, but we’re looking for ways to make it effective for more people,” says Charlotte Ariyan, a Memorial Sloan Kettering surgeon who is the lead author of the new study. “Our work in the lab is focused on developing better treatments, which we can then bring to patients as part of clinical trials.”

The approach combines the relatively new immunotherapy drug ipilimumab (Yervoy®) with a treatment that’s been around much longer, called isolated limb infusion.

Limb infusion is used as a therapy for in-transit melanoma, which means the cancer has spread throughout an arm or leg. People with this form of the disease can have dozens of small tumors, making it difficult to treat them all with surgery or radiation. The infusion treatment is given by putting a very high dose of chemotherapy directly into the affected arm or leg. A tourniquet prevents the medication from going into the rest of the body.

Immunotherapy has had great successes, but we're looking for ways to make it effective for more people.
Charlotte E. Ariyan physician-scientist

“Limb infusion is an interdisciplinary treatment that requires a lot of expertise,” Dr. Ariyan explains. “At MSK we have a dedicated team for limb infusion that includes an anesthesiologist, an interventional radiologist, nurses, and medical oncologists. This allows us to offer this specialized treatment to our patients in a very efficient way.”

But limb infusion often doesn’t have long-lasting results. Most of those who respond see their disease come back within a year. This is where the immunotherapy comes in.

In research conducted in the lab, Dr. Ariyan and her colleagues, including Sloan Kettering Institute Immunology Program Chair and Director of the Ludwig Center for Cancer Immunotherapy (LCCI) Alexander Rudensky, found that when mice were given chemotherapy before ipilimumab, the responses to the immunotherapy were much better.

“The idea behind immunotherapy is that you’re trying to get the body to recognize the tumor, but a lot of times the tumor stays silent,” says Dr. Ariyan, who is also a member of LCCI. “Because chemotherapy causes some of the cancer cells to die, it leads to inflammation in the area around the tumor. This is an opportune time to give immunotherapy because the tumor is easier for the immune system to find.”

In the mice, the researchers found that combining the treatments resulted in an increase in the number of immune cells that were able to get into the tumor. This ultimately led to improved survival in the animals.

A few previous studies done in people with lung cancer have looked at combining immunotherapy with systemic chemotherapy. That’s when chemotherapy is delivered throughout the body. The results of that combination treatment have been mixed. “Because systemic chemotherapy can wipe out a person’s immune cells, it’s usually not the best approach,” she says. “However, if you can give chemotherapy in a way that the immune system is still intact, it appears to show benefits.” 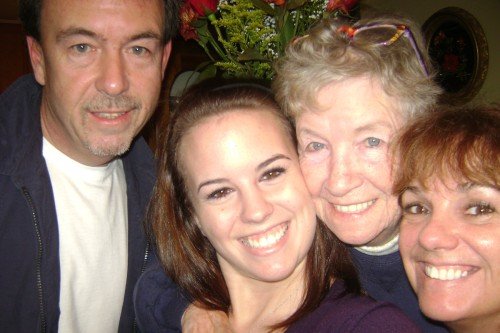 After Isolated Limb Infusion, People with Melanoma Get a Second Chance at Life
Meet three people who were treated as part of a clinical trial for melanoma at Memorial Sloan Kettering.
Learn more
Back to top

Taking the Treatment Approach to People

The discoveries made in mice led to the idea to test this treatment in people. Money from Cycle for Survival — MSK’s indoor team-cycling fundraiser, which supports research on rare cancers — as well as from other foundations helped move the research into a clinical trial.

The phase II trial included 26 people who had advanced melanoma in an arm or leg. Participants were given limb infusion with chemotherapy followed by ipilimumab. After three months, 85% had their tumors shrink as a result of the treatment. Of those who responded, more than half had a complete response, meaning that their tumors disappeared. Today, 58% of them remain disease free, even after they stopped receiving ipilimumab.

Dr. Ariyan says that the team will continue to explore this approach in people with in-transit melanoma who are not responding to immunotherapy alone. In addition, they are considering it to treat other types of cancer, such as sarcoma, which frequently occurs in the muscles, bones, and connective tissues in the arms or legs and usually doesn’t respond to immunotherapy.

One of the senior authors of the study is MSK physician-scientist Jedd Wolchok, who led the clinical trials that resulted in ipilimumab’s approval. The other is James Allison, a former MSK immunologist who is now at MD Anderson Cancer Center. Dr. Allison was the first to discover ipilimumab and its mechanism of action. In addition to Cycle for Survival, this research was funded by the Ellen and Gary Davis Foundation, a Society of Surgical Oncology Clinical Investigator Award, the National Institutes of Health (grant P30 CA008748), the Ludwig Center for Cancer Immunotherapy at MSK, and Hilton-Ludwig Cancer Prevention Initiative Funding by the Conrad N. Hilton Foundation and Ludwig Cancer Research. This study was also funded by a research grant from Bristol-Myers Squibb, which makes ipilimumab.

After Isolated Limb Infusion, People with Melanoma Get a Second Chance at Life
Why Do Immune Checkpoint Inhibitors Work for Only Some People with Cancer?
Immunotherapy Combination Nivolumab Plus Ipilimumab Receives FDA Approval for Metastatic Melanoma
Charlotte E. Ariyan
The Alexander Rudensky Lab
Jedd D. Wolchok
Immunotherapy at MSK