Seun Adebiyi is living life to the fullest after beating two forms of cancer and undergoing a stem cell transplant. Read his inspiring story.

When Seun Adebiyi was recovering from both leukemia and lymphoma, it was hard to imagine that nearly a decade later, he’d be carrying the Olympic torch.

But in January 2018, a month before the 2018 Winter Olympics, the 34-year-old lawyer found himself in Seoul, South Korea, honoring the spirit of the games — and his second chance at life.

Seun was born in Nigeria and broke several national records in swimming as a teenager. He’d always dreamed of taking part in the Olympics.

Seun's achievements after his transplant are remarkable and also show the power of a transplant to give people their lives back.
Juliet N. Barker Director, Cord Blood Transplantation Program; Associate Vice Chair, Faculty Development, Department of Medicine

“It’s an obsession that’s been with me since childhood,” says Seun, who now lives in Atlanta. “The Olympics symbolize the pinnacle of personal achievement to me.”

His diagnosis in 2009 threatened to derail him. At the time, Seun had just started training in skeleton, a form of bobsledding. His goal was to reach the 2014 Winter Olympics in Sochi, Russia. Sochi would be the culmination of all his hard work, not the least being persuading the Association of International Olympic Winter Sports Federations to accept a team from Nigeria.

Seun came to Memorial Sloan Kettering and learned that his cancer was lethal. He needed a stem cell transplant from a donor who was a match. But people of African ancestry have very diverse tissue types, and there were no suitable adult volunteer donors for Seun.

Seun celebrates in Seoul.
Seun is now back to health after undergoing a double unit cord blood transplant.

Thankfully, he found a cure in an alternative stem cell source: newborn cord blood. With cord blood, an exact match is not needed because the infant donor doesn’t have a fully developed immune system.

Seun’s team at MSK identified suitable cord blood donations (known as units) in public cord blood banks. But there was one hiccup: There were not enough cells in one newborn cord blood collection to perform a successful transplant. Luckily, his team was able to combine units from two different babies.

The recovery was intensive. But Seun had help all along the way from friends, family, and his MSK care team, including the late psychiatrist Jimmie Holland.

“She helped me with the psychological trauma, not just of treatment but of trying to put my life back together,” he says.

The transplant saved Seun — and further inspired him. When he learned how difficult it was for minority patients to find an exact match, he started an African donor registry in 2011 with the goal of recruiting 100,000 stem cell donors.

And his vision of a Nigerian Winter Olympics team lives on: This year, for the first time ever, Nigeria will be represented in the women’s bobsled event.

“Now that they will finish the dream, I’m happy to pass the torch,” Seun says.

Still a Participant: Life after Transplant

In 2016, Seun gave an inspiring TED Talk that caught the eye of executives at Samsung, one of the 2018 Winter Olympics sponsors. They asked Seun to carry the torch in Seoul as part of the lead-up to the games.

“It was completely unexpected,” Seun says. “They thought my talk embodied the Olympic spirit.”

During his four-day trip overseas, Seun carried the baseball-bat-size torch for 200 meters to roaring cheers and applause from the crowd. It’s a moment he’ll never forget, the apex of an experience he couldn’t have imagined for himself.

“It drives home the idea of community,” he says. “I was only able to participate because there are so many people who have supported me. Without the cord blood transplant at MSK, I would not have survived.”

Dr. Barker is equally thrilled for him, saying, “Seun’s achievements after his transplant are remarkable and also show the power of a transplant to give people their lives back.” 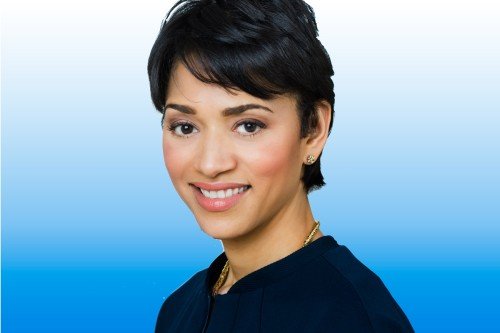 Jennifer’s Story about Acute Myelogenous Leukemia (AML)
Unable to find a matching bone marrow donor to treat her acute myelogenous leukemia, Jennifer turned to Memorial Sloan Kettering, where physicians did a stem cell transplant using umbilical cord blood.
Learn more
Back to top
Navigate this article
Stay Informed
Get the latest news and updates on MSK’s cancer care and research breakthroughs sent straight to your inbox with our e-newsletters.
Newsletter Sign Up