Memorial Sloan Kettering President and CEO Craig Thompson is an expert on cancer metabolism. We spoke to him about common misconceptions regarding sugar and cancer.

There’s a lot of confusing and misleading information on the Internet about the relationship between sugar and cancer. The notion that refined sugar causes cancer or that cutting sugar from the diet is a good way to treat cancer are two common — and incorrect — claims that turn up in a Google search.

That’s unfortunate, because there is important, real science to understand about diet and cancer. To help sort out fact from fiction, we spoke with MSK President and CEO Craig Thompson, who studies the relationship between metabolism and cancer.

What, if any, is the link between sugar and cancer?

There is no question that obesity is associated with an increased risk of cancer, and that the abundance of carbohydrates in our diet is one of the major foundations on which the worldwide epidemic of obesity is built.

The fundamental basis of obesity is eating more calories than you can burn over a period of time. Many people assume that if a person has a lot of body fat, it’s because they ate too much fat. That makes intuitive sense, but it isn’t the truth. Pretty much all you do with fats that you eat is burn them for energy.

The fats you put into your fat cells are by and large made from carbohydrates. But it took us 25 years to figure that out. And as we learned recently, some groups tried to discourage or prevent that research. 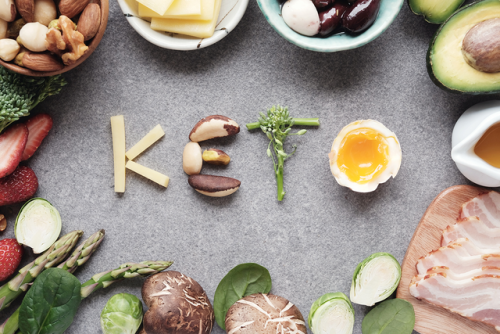 Keto Claims: Can Diet Be a Form of Cancer Therapy?
A recent study in mice has sparked interest in the role of diet in cancer treatment.
Learn more
Back to top

How did we get into this obesity trouble?

As we emerged as a major agricultural nation after World War II, the United States was able to produce a tremendous amount of grains. And the caloric value of grains is not in their protein or in their fats primarily, but in their carbohydrates.

We also learned that we could refine those carbohydrates into things that were pleasurable to eat — sugar. So that was exploited, for good and for bad, to give us the soft drinks that we have today, to give us the kinds of high-caloric meals that allow people not to be malnourished. Because the first necessity in nutrition is not to have a balanced diet, but just to get enough calories to support us with the energy to live. Carbohydrates are the most immediate source of our ability to produce the energy needed to maintain our bodies.

But then the USDA developed the nutritional food pyramid and put carbohydrates at the base of it. The food pyramid wasn’t based on science. It was just what we could produce as a nation. That’s gotten us into trouble.

Why is having too much stored-away fat dangerous?

We’ve learned that fat cells themselves are signaling cells. We used to think they were just storage depots, like the garage where you put your car, but we now know that’s not true. Fat cells, through the hormones they produce, are a major regulator of inflammation in the body.

Inflammation is a natural response to infection or injury. But inflammation also makes it more likely that you’ll damage the DNA of cells that survive, and this increases the chances that a cell might turn cancerous. More and more we’ve come to understand that cancer grows out of areas of regeneration and repair, places where there’s likely to be inflammation.

Insulin’s job is to tell the cells in our body, “Hey! There’s a lot of glucose. We should use it.” Therefore, if we could get people to produce less insulin, they might do better. But the real root problem of the worldwide obesity epidemic — and cancer as a result of obesity — has to do with too much caloric intake. It has little to do with abnormal insulin signaling.

Where does the idea that cancer is “addicted” to sugar come from?

About 90 years ago, a German scientist named Otto Warburg noticed that tumor cells in a dish tended to consume more glucose than non-dividing normal tissues. He also noticed that although the cancer cells were consuming massive amounts of glucose, they weren’t taking advantage of the most efficient method of harvesting energy from that glucose, which is to essentially burn it using oxygen in the mitochondria. Instead, they converted the glucose to lactate, leaving much of the energy untapped. This has come to be known as the Warburg effect or Warburg metabolism. 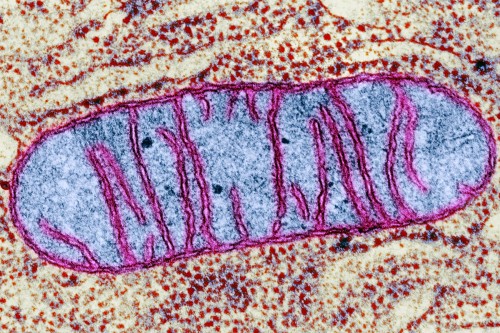 Cancer Metabolism
Learn about the work Memorial Sloan Kettering scientists are doing in the area of cancer metabolism.
Learn more

Warburg assumed that cancer cells must have a defect in their mitochondria, because why else would they resort to this inefficient method of obtaining energy? But we now know that Warburg was wrong. Tumor cells possess functional mitochondria and rely on them for energy in some situations.

Explain why it’s hard to “starve” cancer of sugar just by changing your diet.

Because your body has this interesting fail-safe system that never lets your blood glucose level drift below a certain number. So eating less sugar will just make the body use its remaining resources to produce the glucose on its own.

Everything about your biology has been naturally selected for at least 600 million years to make sure that no matter what you eat, you keep enough glucose in your system and don’t become deficient. So it’s very hard to affect the system by changing your diet.

What about ketogenic diets? Can they lower your risk of developing cancer?

A ketogenic diet is when you restrict carbohydrates and eat more fat. On a ketogenic diet, you’re burning fats and your metabolic rate goes up just a little bit. It makes you use more calories from what you eat in just maintaining yourself every day. And you have very little ability to store the extra fats that you eat, so you pee them out as ketones. That’s why it’s called ketogenic. And it’s why people lose weight on a ketogenic diet — they’re getting rid of more of the calories that they consume.

So does a ketogenic diet help you decrease your chances of getting cancer? If you are overweight and it helps you lose weight, then yes, it does. If you can tolerate it, it’s perfectly fine. I was on a ketogenic diet for two and a half to three years back in 2004, 2005. I lost 40 pounds. But I eventually gave it up and I’ve since gained back most of the weight. It’s almost impossible to stay on a ketogenic diet for any significant length of time. Food just doesn’t taste the same. But I still don’t eat a lot of refined sugar in any way, form, or shape.

Now does a ketogenic diet matter once you have cancer? Does it help improve your cancer care? We have no evidence that that’s true, or that you should use a ketogenic diet while you’re receiving cancer treatment. In fact, a person going through cancer treatment might benefit from additional calories and nutritional support to help his or her body recover.

What’s the bottom line for the average person?

Eat a balanced diet that avoids too many carbohydrates — especially refined carbohydrates that lack fiber and other foods with added sugars — and do your best to keep your weight down. That’s my best advice.

Keto Claims: Can Diet Be a Form of Cancer Therapy?
License to Build: New Theory of Cancer Puts Metabolism at Center
How does having diabetes affect my cancer treatment?
The Craig Thompson Lab
The Ming Li Lab
Nutrition and Cancer