Scientists have discovered that cancer cells rely on the biology of regeneration, wound healing, and embryonic development to spread to other organs and escape detection by the immune system.

Just as people tend to become stuck in their ways as they grow older so too do cells. Neurons in the brain don’t one day decide to become heart cells; skin cells repair wounds with skin cells rather than kidney cells.

Cancer cells, on the other hand, are like perpetual teenagers. They’re constantly trying on different identities and roles, which is partly what makes them so hard to control.

In research published February 10 in Nature Medicine, a team of scientists at Memorial Sloan Kettering Cancer Center and Weill Cornell Medicine reports that this developmental shape-shifting is key to cancer’s ability to spread (metastasize) and interact with the body’s immune defenses.

“We’ve known for a while that cancer cells tend to become more developmentally primitive, or stem cell-like, as they grow,” says Ashley Laughney, a cancer biologist and the study’s first author, who conducted the work as a postdoctoral fellow at the Sloan Kettering Institute and is now an assistant professor of physiology and biophysics at Weill Cornell Medicine. “What we were able to do in this study is identify the specific cell types that form primary tumors and compare them to those that make up distant metastases.”

The findings bring a deeper understanding of cancer metastasis, says Joan Massagué, Director of the Sloan Kettering Institute and a co-corresponding author on the paper.

“These results focus our attention on the key role of regenerative cell types in recreating tumors in new locations,” he says. “More and more, we are understanding that cancer cells co-opt normal developmental and wound-healing pathways to further their own ends.”

It’s a devious strategy but one that opens avenues for potential treatment, he explains.

The study was a collaborative effort and benefited from the expertise of SKI Computational and Systems Biology Program Chair Dana Pe’er, the paper’s other co-corresponding author, and MSK physician-scientist Charles Rudin.

A Spectrum of Primitive States

In January 2020, the Massagué lab showed that markers of wound healing can be used to follow cancer cells as they detach from a primary tumor and spread to another location. The lab also found that isolated tumor cells are able to go undetected in the body by taking on certain properties of stem cells.

In this new study, the team used human tissue samples and mouse models to characterize the identities and behavior of tumor cells at each step of the journey — from the primary tumor through the breaking off of individual tumor cells to full-blown metastases. They discovered a range of cell types along this path that mirrored those involved in lung development.

The scientists identified these cell types by combining two techniques. The first is called single-cell RNA sequencing (scRNA-seq). It allows investigators to measure which genes are turned on in thousands of individual cells at the same time. The team performed scRNA-seq on more than 40,000 individual cells from 17 samples obtained from people with lung cancer being treated at MSK. They then used advanced computational methods to interpret this head-spinning amount of data. Dr. Pe’er brought her team’s computational expertise to the challenge.

We are beginning to understand that plasticity is a key hallmark of cancer.
Dana Pe'er computational biologist

Within primary lung tumors, they found cell types involved in repairing the lung after injury — of the sort that occurs, for example, whenever a person inhales soot or tobacco. However, these tumor cells were prone to identity confusion. They displayed markers of several identities at once.

Within metastatic lung tumors, the majority of cells had traveled even further back in time to resemble the stem cells that first give rise to the lungs during embryonic development. The team believes that this low degree of differentiation helps metastatic cells reinitiate growth in a new location.

“We observed the metastatic cell co-opting the earliest embryonic programs and mimicking organ formation,” Dr. Pe’er says. “Thus, metastasis can be viewed as a dysfunctional organ that grows in the wrong place.”

Underlying the ability of cancer cells to access such programs, which are locked to adult cells, she explains, is plasticity. “We are beginning to understand that plasticity is a key hallmark of cancer,” she says.

Two key developmental cues are involved in generating all of the cell types that make up the lung: the proteins SOX2 and SOX9. Through the scRNA-seq analysis, the researchers discovered that tumor cells attempting to reinitiate growth at a distant site turn on SOX2. This programs the cells to behave like embryonic stem cells. The tumor cells become skewed toward generating the type of cells that form lung tissue during embryonic development. Full-blown metastases, on the other hand, are mostly made up of cells that produce SOX9. They are more committed to regenerating specialized lung cell types.

To explore how the immune system responds to both of these primitive cells types, the scientists used a previously developed mouse model of metastasis-prone lung cancer. It turns out that the differentiation status of the tumor cells is the difference between life and death for these cells. The more stem cell-like, metastasis-initiating cells that turn on SOX2 behave in a way that makes them more conspicuous to the immune cells called natural killer (NK) cells. NK cells readily detect these SOX2-activated cells as they try to divide and destroy them. The cells that turn on SOX9, by contrast, go undetected by NK cells. For that reason, the bulk of metastases have few SOX2 cells while becoming enriched in SOX9 cells.

“SOX2 cells must become SOX9 fast or they will die at the hands of NK cells,” Dr. Massagué explains.

“It is the cancer cell’s plasticity that allows it to make such a switch to survive,” adds Dr. Pe’er.

The investigators argue that these findings ought to encourage cancer biologists to think differently about how best to treat metastatic cancer. For example, a treatment that kills cells making up the bulk of a metastatic tumor might not stop cells that give rise to metastasis in the first place.

“In many ways, it is these metastasis-initiating cells that we would like to be able to specifically target,” says Dr. Laughney, who is also an assistant professor of computational cancer genomics in computational biomedicine in the HRH Prince Alwaleed Bin Talal Bin Abdulaziz Alsaud Institute for Computational Biomedicine at Weill Cornell Medicine. “But getting rid of these lethal and solitary metastasis-initiating cells will likely require different strategies than the ones doctors use to treat a primary tumor or even a full-blown metastasis.”

The team is now working to develop such therapies. 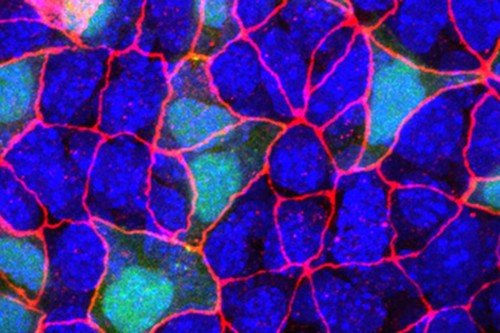 Computational & Systems Biology Program
The goal of our research is to build computer models that simulate biological processes, from the molecular level up to the organism as a whole.
Learn more
Back to top

What Does Cancer Metastasis Have to Do with Wound Healing? More than You Might Think
Mind the Gap: Scientists Learn How Cells Make and Repair Tight Connections
Stealth Mode: How Metastatic Cancer Cells Evade Detection by the Immune System
The Joan Massagué Lab
The Dana Pe'er Lab