As the experimental research arm of Memorial Sloan Kettering Cancer Center, SKI is focused on the pursuit of fundamental scientific discoveries. The institute’s philosophy is that the best way to fuel progress in cancer treatment is to support scientists as they explore the unknown.

SKI is distinguished by its:

SKI exists as a distinct entity within the larger community of scholars, clinicians, and researchers that make up MSK. SKI hosts more than 100 laboratory investigators and more than 900 pre- and postdoctoral trainees. The institute enjoys a close relationship with neighbors Weill Cornell Medicine and The Rockefeller University.

Over the course of its over 70-year history, SKI has produced many advances in our understanding of biology and medicine. SKI scientists have discovered cancer-related genes, unraveled signaling pathways that control cell growth and division, and identified the cell types involved in mounting and repressing immune responses. SKI research has also been a driver of clinical advances in cancer treatment, from chemotherapy to targeted therapy to immunotherapy.

SKI scientists are leaders in their fields. Many are members of the National Academies of Science and Medicine. Many are Howard Hughes Medical Institute investigators. They are the recipients of numerous awards and honors. 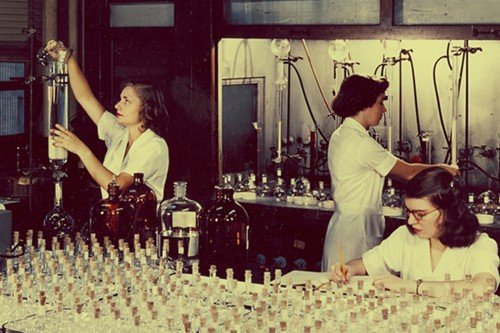 Engineering Discovery: the Story of SKI
Since 1945, the Sloan Kettering Institute has championed a scientific approach to solving the cancer problem.
Read more