Despite a name straight from a Tarantino movie, natural killer (NK) cells are your allies when it comes to fighting infections and cancer. If T cells are like a team of specialist doctors in an emergency room, NK cells are the paramedics: They arrive first on the scene and perform damage control until reinforcements arrive.

Part of our innate immune system, which dispatches these first responders, NK cells are primed from birth to recognize and respond to danger. Learning what fuels NK cells is an active area of research in immunology, with important clinical implications.

“There’s a lot of interest right now in NK cells as a potential target of immunotherapy,” says Joseph Sun, an immunologist in the Sloan Kettering Institute. “The more we can understand what drives these cells, the better we can program them to fight disease.”

There's a lot of interest right now in NK cells as a potential target of immunotherapy.
Joseph Sun immunologist

Like all cells, NK cells require energy and nutrients to grow and divide. But NK cells have a particularly high demand for these supplies — especially when they are fighting a foe.

Dr. Sun and Sam Sheppard, a postdoc in the Sun lab, wanted to know more about what powers NK cells when they’re in the midst of battle against infections and cancer. So, they made precise changes to the metabolic pathways in these cells and studied them in a mouse model that mirrors what happens naturally.

They discovered that when NK cells are actively fighting, they depend on a form of metabolism called aerobic glycolysis. This way of harvesting nutrients rapidly breaks down glucose to lactate, generating a small amount of ATP (a cell’s “energy currency”) in the process. It’s not as efficient as some other ways the cell has to metabolize glucose, but it has the virtue of being fast, which allows NK cells to be quick on the draw.

“When an NK cell becomes activated, they massively increase their glycolysis,” Dr. Sheppard says. “In the case of viral infection, this happens within just two days.”

Aerobic glycolysis is so important to the cells, in fact, that when the researchers genetically altered the mice to remove a key component of this pathway, called LDHA, the NK cells were useless.

“They can still develop normally and carry out most of their day-to-day functions,” Dr. Sun says. “But their ability to fight infections and cancer is crippled.” 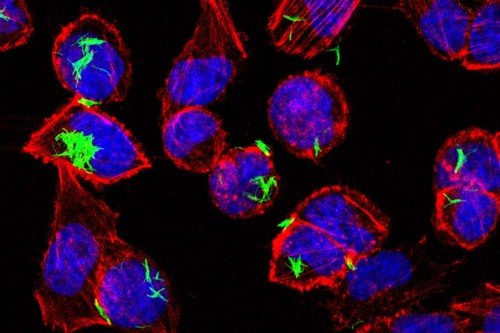 Immunology Program
Our research is geared toward understanding how the immune system functions in all its complexity and how it can be harnessed to fight disease.
Learn more

Previous work from researchers at MSK and elsewhere has shown that T cells rely on aerobic glycolysis to carry out their protective functions. But whether NK cells depend on this form of metabolism to power their own activities was not known.

Because Dr. Sun and his colleagues studied NK cells in animals instead of a dish, they could establish what type of metabolism NK cells use and compare it to T cells in a natural setting. They found that NK cells ramp up aerobic glycolysis about five days prior to when T cells respond with their own glycolytic surge.

“This fits with the idea that NK cells are innate immune cells that are really critical for mounting a rapid response,” Dr. Sheppard says.

The findings are relevant to ongoing efforts to use NK cells as immunotherapy in people with cancer and other conditions. In particular, they have implications for using NK cells as a form of cell therapy — when cells are grown outside a patient and then infused back into the patient’s blood.

“If you’re growing these cells in a dish and you push them to divide too rapidly, they may not have as much potential to undergo aerobic glycolysis when you put them into a patient,” Dr. Sheppard says.

The takeaway for researchers designing clinical trials is this: They must find a balance between encouraging NK cells to multiply and preserving their stamina. These NK cells are the paramedics of our immune system, so it’s important to keep them speedy and responsive.

The findings were reported June 1, 2021, in the journal Cell Reports.

This research was supported by the Cancer Research Institute, the NCI Cancer Center Support Grant (P30CA08748), Cycle for Survival, the Ludwig Center for Cancer Immunotherapy, the American Cancer Society, the Burroughs Wellcome Fund, and the NIH (grants AI100874, AI130043, AI155558). The study authors declare no conflicts of interest.