What Is a Mastectomy?

A mastectomy is the removal of the entire breast to treat cancer. Doctors may remove one breast or both. When both breasts are removed, doctors refer to it as a bilateral mastectomy. This surgery usually includes the removal of the nipple and the areola (the dark skin around the nipple). The chest (pectoral) muscles under the breast are left intact unless the cancer is near or touching the muscles. If that happens, a small area of muscle may be removed.

Here you will find more in-depth information on mastectomy, along with answers to some common questions.

When is a mastectomy necessary?

A mastectomy is medically necessary when:

A mastectomy is not necessary for the majority of women with early-stage breast cancer.

Most women with early-stage breast cancer have the option of choosing between a mastectomy and breast-conserving therapy (lumpectomy followed by radiation treatment). This can be a difficult decision for some women who may be worried about the cancer coming back if they choose breast-conserving therapy. However, there is strong research to show that women with early-stage cancer are not putting themselves at a greater risk by choosing this approach over a mastectomy.

What are the different types of mastectomies?

Other aspects of a mastectomy surgery may include special techniques to preserve your breast skin or your nipple and areola.

Here is more in-depth information about the different types of mastectomy:

Also referred to as a simple mastectomy, this surgery removes the entire breast, including the breast tissue, nipple, and areola, and most of the skin covering the breast.

Total mastectomy may be a good option for women who have:

It’s also the surgery recommended for women who do not have cancer in the lymph nodes, but who are not candidates for lumpectomy.

In this kind of mastectomy, all of the tissue inside of the breast is removed, but doctors are able to keep most of the outside skin intact. Your skin will be used to create a kind of envelope to cover your reconstructed breast. Surgeons do not save the nipple or areola for a number of reasons, including if the cancer involves or is close to the nipple. Women who have a mastectomy with breast reconstruction usually have this type of surgery.

It’s sometimes possible for surgeons to save the nipple and areola during a skin-sparing mastectomy. Sensation is changed, and the nipple won’t become erect or function like it normally did. But many women find that this approach gives them excellent cosmetic results.

What is a prophylactic mastectomy (preventive mastectomy)?

Read about an MSK patient who chose to have a preventive mastectomy after she learned she had a BRCA mutation.

What is a radical mastectomy?

This surgery combines the removal of the breast tissue with the removal of the chest wall muscle and all of the lymph nodes in your underarm (axillary lymph node dissection). At one time, a radical mastectomy was the standard surgery for women with breast cancer. Today, it is extremely rare for doctors to recommend it.

Are lymph nodes removed during a mastectomy?

Women with breast cancer typically have one or more lymph nodes taken (biopsied) from the underarm area during a mastectomy. These nodes, called the sentinel nodes, are the first lymph nodes to which cancer cells would travel if they were to leave the breast. This is done so that a doctor can check to see if the cancer has spread.

If cancer is found in the sentinel nodes, most or all of the lymph nodes in the armpit may need to be removed.

As you are healing from your surgery, you may feel a variety of different sensations in your arm, breast, or chest wall. Tenderness, numbness, and twinges are common examples. After your mastectomy, you may also feel like your breast or nipple is still present. This is called a phantom sensation.

These sensations usually come and go, and often decrease within the first few months after surgery. However, some may last months, even five years or longer. This is because the nerves are the slowest part of your body to heal. Most people report that the sensations are not severe or distressing.

As you continue to heal, you may feel scar tissue begin to form. It will feel hard. This is common and will soften over the next several months.

Find a complete overview of what to expect before, during, and after mastectomy

Will I need other treatments after a mastectomy?

If you have a mastectomy, you’ll have to decide whether you want the breast to be reconstructed and which type of reconstruction would work best for you. 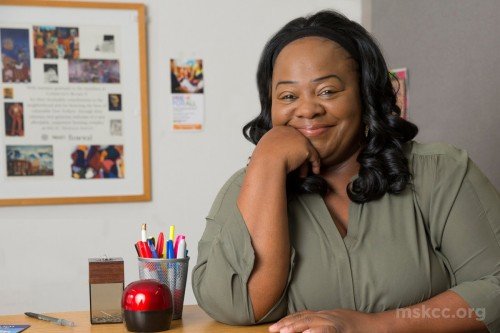 Eutha's Story
Community activist and mother Eutha Prince is putting breast cancer behind her and is focused on making her community a better place.
Learn more

At Memorial Sloan Kettering, our breast surgeons work closely with you to understand your preferences and explain your treatment recommendations. We will help you decide on a plan together. We will also keep in close touch with the other members of your care team and ensure that you get the best combination of therapies possible.

Other aspects of your care may include radiation, drug therapies such as chemotherapy and targeted therapy, and integrative medicine approaches. These offerings are available at our New Jersey, Long Island, and Westchester County locations as well as at our Evelyn H. Lauder Breast Center in Manhattan.

Will I regain feeling in my breast after a mastectomy?

Women who have a mastectomy may experience numbness in the skin of the breast from just beneath the collarbone to the top of the rib cage. About one and a half to two years after surgery, some feeling returns. Many women get a lot of feeling back, but it may never be completely normal.

What kind of support can I get after a mastectomy?

MSK’s quality-of-life specialists are here to provide follow-up care to help you recover from a mastectomy. Many services are available at our locations in New Jersey and Westchester County as well as on Long Island.