Paying It Forward to Kids with Brain Cancer: Alex’s Story

Alex Beaton was diagnosed with a brain tumor in 2004, when he was just 4 years old. After chemotherapy, he had two surgeries with MSK Kids pediatric neurosurgeon Jeffrey Greenfield. Today, Alex is helping other kids with cancer and thinking about his future.

In November 2004,  4-year-old Alex Beaton had a seizure while playing outside with his mom. An initial CT scan at a hospital near their home in Rockland County, New York, didn’t reveal anything unusual. Alex left the hospital with medication to reduce his risk of seizures.

A week later, Alex had a second, bigger seizure. Doctors did an MRI and found an optic pathway glioma, a brain tumor near the nerve that connects the eye to the brain. Alex’s parents took him to multiple New York City hospitals for consultations but found Memorial Sloan Kettering to be different.

“I liked the environment,” says Alex, now 18. “Being a kid, you don’t want to sit in a hospital bed the whole day. I liked being able to go to the playroom and play video games. It was more of a community than a hospital.”

Alex’s parents told him that he had a “boo-boo” in his head and that he was getting better. Surgery wasn’t an option because of the tumor’s location, so his care team at MSK Kids started him on chemotherapy to shrink the tumor. While he doesn’t remember many details from that time, Alex vividly remembers the team that supported him.

“I watched Charlie and the Chocolate Factory every day I was there, and my nurse Louise would sit and watch with me,” he says.

Alex was on chemotherapy for 14 months. After the tumor shrunk, Alex came back for regular follow-up appointments. Over time, his parents told him more and more of the details of his diagnosis. 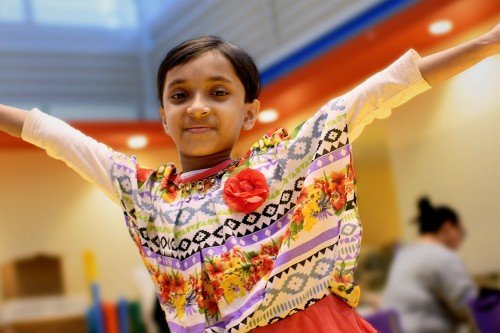 Our Child Life Services
Step inside the welcoming atmosphere we create for young people at MSK Kids.
Learn more

In the spring of 2012, a follow-up scan revealed that the tumor was growing again. It was also surrounded by a number of cysts. Alex and his parents met with Jeffrey Greenfield, a pediatric neurosurgeon at MSK Kids. Alex felt like he could trust Dr. Greenfield.

“He was very easy to talk to,” says Alex, who was 11 at the time. “He was open and honest but not mean-honest. And he could relate to me on a lot of levels.”

Dr. Greenfield performed a surgery that used tiny tubes and a small camera called an endoscope to drain the cysts. This surgery kept the cysts at bay for a number of years.

“I love taking care of kids like Alex with these types of tumors,” Dr. Greenfield says. “We consider the child as a whole and recognize that surgery, while important, is only a small part of the entire picture we need to address.”

When he went back to school, Alex had some cognitive and emotional challenges. Alex’s parents enrolled him in smaller classes, but he still had trouble and started to feel really low.

“With kids like Alex, who have tumors that aren’t malignant or aggressive, sometimes families or the medical community might not realize how much of an impact the chemotherapy and side effects might still have on them,” Dr. Greenfield says. “They can affect kids’ school work and cognitive development, their pituitary gland and hormone functions, and also their vision.”

Nurse practitioner Elaine Pottenger saw that the family was struggling. She told them about a summer camp for children with brain tumors called Camp Mak-a-Dream, where Alex could meet other children like him. The camp is in Montana, and Alex, then 12, had never traveled that far away before. Nevertheless, he decided to give it a try. An organization he belonged to, the Children’s Brain Tumor Foundation, paid for his flights.

The experience was a breath of fresh air.

“After everything happened at school, I was really broken,” he says. “At camp, everyone had the same issues. I had never met kids who had the same diagnosis as me. It changed my life for the better.”

When he returned, Alex’s attitude was different. He had become more positive and empathetic.

“I had a better outlook on life,” he says. “Even my parents and my family could see that in me. We all go through negative things in life, but we have to stay in the moment and be positive.”

In 2019, the cysts near Alex’s tumor started to grow again, causing debilitating headaches. So once again, Dr. Greenfield did surgery to drain more of the fluid. Alex still has some tumor left, and he recognizes that his time at MSK Kids is not completely over. Nevertheless, the surgery had its intended effect.

“I felt so much better,” he says. “That surgery helped my strength, gave me more energy, and made me more joyful.”

Alex comes to MSK Kids every six months for checkups. Dr. Greenfield says there likely will be more treatments or possibly surgeries down the line, but for now, Alex is doing well and thinking about his future. He has returned to Camp Mak-a-Dream for the past six years and is also on the leadership team at his local church.

Dr. Greenfield sees so much of his hopes for the future of pediatric brain cancer care in Alex’s experience. Innovations such as targeted therapy, which attacks the mutations that cause cancers, and less invasive surgical options show promise for a change of course for children with these once-devastating tumors.

“The reason why I have wanted to build a center of excellence at MSK Kids for these types of brain tumors is to take advantage of the many treatment approaches available now that weren’t here even ten years ago,” he says. “The goal is to do just enough to keep these tumors at bay and preserve children’s quality of life during the most important developmental years of their lives.”

Two years ago, Alex’s nurse practitioner Elaine approached him with another new opportunity: to share his story in a documentary. Alex was eager to participate.

“I wanted to impact people,” he says. “I didn’t do it for me. I wanted to do it for kids with brain tumors who are suffering. Making the movie really taught me that we have to give back to others.”

Called The Power of Positivity, the film premiered in March 2017 and is currently available on YouTube. The experience inspired Alex to find other ways to help people. He is in contact with MSK’s Volunteer Department about serving as a patient-to-patient volunteer, to guide other people with cancer through their experience. As he gets older, he’d like to turn it into a career.

“What I have a heart for is talking to children and teens with cancer,” he says. “Sometimes kids don’t want to hear, ‘It’s all going to get better.’ I can offer a personal experience, saying, ‘Hey, I get what you’re feeling. I’m a brain cancer survivor.’ I really feel like I could make an impact.”

How Humans of New York Raised $1 Million Overnight for MSK Pediatric Neurosurgeon
5 Ways to Make Travel Easier When Your Child Has Cancer
Pediatric Brain Tumors
Jeffrey P. Greenfield
About Our Care
Coming to Us for Care
Pediatric Surgery