Over the past few weeks, Jae Park has been having painful conversations with his wife about the violence and harassment directed at Asian Americans and Pacific Islanders (AAPI) across the country. The Park family has been verbally assaulted themselves and are concerned about keeping their 10-year-old daughter and 7-year-old son safe.

They’ve stopped riding the subway and they no longer make eye contact with strangers in public. “My wife is very petite and has even considered wearing a hat and big sunglasses to hide her race,” says Dr. Park, a hematologic oncologist who cares for people with leukemia at Memorial Sloan Kettering.

Dr. Park participated in a moment of silence on April 1 with thousands of his MSK coworkers alongside their colleagues at New York-Presbyterian. The event was organized to publicly show a united stance against hate.

“We’re in this together,” he says. “We’re not all going through the exact same thing, but everyone has felt mistreated or misjudged at some time.”

We're in this together. We're not all going through the exact same thing, but everyone has felt mistreated or misjudged at some time.
Jae Park hematologic oncologist

Everyone wants to be treated equally, says Dr. Park, including doctors. “We all want the same thing: to take care of you, our patients, as best we can.”

When it comes to providing healthcare for Americans, AAPI have contributed more than their share. Approximately 18% of all doctors and 10% of all nurses are AAPI. In the US overall, AAPI represent just 6% of the population.

As a doctor, Dr. Park understands why it’s important to be optimistic even when confronting a long and difficult road ahead. He says he always tries to give his patients with leukemia a sense of hope to help them carry on. Despite recent acts of racism and bigotry, he says, “I have to be hopeful for my kids to grow up knowing that they belong here.”

“A lot of work remains to be done, but gestures like these — from MSK leadership and current leadership of the country — show me that people understand that there is a problem and that they are here and ready to listen.” 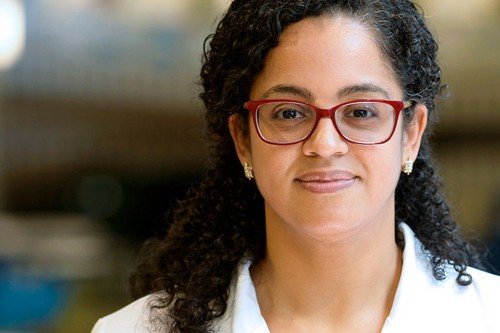 IT Expert Reflects on Importance of Education — and Getting a Little Help from Friends
MSK Nurse Exemplifies Tradition of Filipino Nursing in America
An MSK Doctor’s Journey: Drawing Strength from Diversity, Despite Attacks on the Asian Community
Jae Park
Equality, Diversity, & Inclusion at Memorial Sloan Kettering
Proudly Standing With Our Asian American, Native Hawaiian, and Pacific Islander Colleagues and Communities