Then came another blow and an urgent decision for the 22-year-old: “‘Once we start radiation, that’s going to make you sterile,’” Lauren recalls Dr. Boulad telling her. “‘If you’re thinking about children in the future, we have to take care of it now.’”

Helping young people who are concerned about having a family is a top priority for MSK’s Cancer and Fertility Program.

“We feel lucky to help patients at this point in their disease trajectory understand their options and feel hopeful,” says fertility nurse specialist Rosemary Semler. “A cancer diagnosis can be so overwhelming, with so many things they can’t control. This is one part of it where they can be in the driver’s seat and make the decisions.”

Cancer treatments such as chemotherapy and radiation can destroy eggs and can cause some young women and even girls to go into early menopause. For boys and young men, treatments can affect sperm production, requiring years to recover — if ever. Some patients need cancer surgery that removes reproductive organs.

But MSK experts are there to help them come up with a personalized plan that considers their medical and financial needs and helps connect them with the right fertility service provider.

Dr. Boulad recommended Lauren meet with Kutluk Oktay, a fertility specialist at Weill Cornell Medical College (WCMC), across the street from MSK’s main campus in Manhattan. One option — freezing eggs for use later — seemed off the table. It would have required delaying chemotherapy, which Dr. Boulad said was unwise. But Dr. Oktay had recently developed an experimental procedure in which ovarian tissue is removed, frozen, and reimplanted after treatment.

“Dr. Boulad is the best of the best, and when I first met with him, he told me he was going to make me better,” Lauren says. “My parents and I trusted his judgment on my treatment, so we decided to trust it on the fertility procedure.”

One day in July 2006, Lauren had her ovarian tissue removed at WCMC and was literally wheeled back across the street to MSK that same day. By September of the same year, Lauren finished her chemotherapy, radiation, and bone marrow transplant.

“When I first laid eyes on Madison, I immediately thought to myself: ‘How lucky and blessed am I?’” she says. “Every step in my journey to get to this moment — all the hardship, all the struggles and bumps in the road — have all been worth it, and I wouldn’t change a single thing.”

Empowering Patients to Plan for the Future

Every year, more than 800 patients are counseled by a team of MSK fertility experts and nurse specialists — including Ms. Semler, Anne Casson, and Lauren Martino. The majority of patients are young women; young men account for about one-third.

“We try to make sure the physicians and nurses know of our availability to step in at the earliest stage,” Ms. Semler says. “Timing is key, and research has shown that patients do better when they know what to expect.”

In a 45-minute consultation, the specialists walk patients through the various options. If they have reached puberty, most women can freeze their eggs and men can bank sperm before starting treatment so that it is available if they want to start a family later. But the cancer treatment always takes precedence over concerns about preserving fertility.

The nurse specialists also help patients and their families understand the financial burden. “Unfortunately, that is a big problem for a lot of our patients, because insurance often does not cover fertility procedures,” Ms. Semler says. “We talk to them about discounted rates as well as financial assistance that is available from MSK and other organizations, such as the Livestrong Foundation.”

“We provide the information and tell them, ‘Whatever choice you make is the right one, because there is probably no more personal decision that you’re ever going to make in your life than something like this,’” Ms. Semler says.

MSK doctors are also developing new approaches and perfecting older ones to preserve fertility during cancer treatments. Early this year, gynecologic surgeon Mario Leitao performed a uterine transposition, the first-known operation of its kind in the United States. The procedure temporarily moved a young woman’s uterus up to the abdominal wall so that she could receive radiation to the pelvis as part of her treatment for rectal cancer. After the radiation sessions were over and the tumor was taken out, Dr. Leitao moved the uterus back to its proper place. The patient, in her late 20s, has resumed menstruation and could potentially bear children in the future.

And for two decades, MSK surgeons also have helped women with cervical cancer stay fertile by doing a procedure known as a radical trachelectomy. This operation preserves the uterus if margins of the cervix — the edge or border of the tissue removed in cancer surgery — and the pelvic lymph nodes are found to be free of cancer cells. Gynecologic surgeon and Avon Chair Nadeem Abu-Rustum and his colleagues have done more than 200 such operations, and many of the women they’ve treated later had children.

“The success rate with this approach is very high,” Dr. Abu-Rustum says. “MSK is a referral center for young women with cervical cancer — as well as uterine cancer — who want to maintain their fertility.”

Regardless of which fertility preserva­tion option a patient may choose, the support given by MSK’s team helps them see a ray of hope in a dark time — and a chance to focus on the future.

“It’s rewarding to see patients thinking about building the life they dreamed of before they got diagnosed,” Ms. Semler says. “It lifts them out of the minutiae of understanding their diagnosis and treatment to think about a life beyond.” 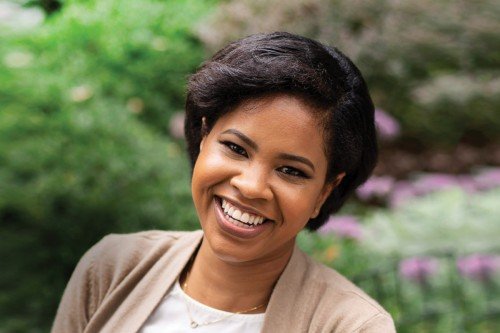 MSK News Fall 2021
Cancer is on the rise in adolescents and young adults. Through a groundbreaking new center, MSK is helping patients like Desiree Allen, diagnosed at 31. Read more about it in the fall issue of MSK News.
Learn more
Back to top
Navigate this article