The San Antonio Breast Cancer Symposium (SABCS) is marking its 40th anniversary this week. The annual conference has grown from a small gathering and now brings together scientists and physicians from all over the world to advance their research for the benefit of people affected by breast cancer.

This year, about two dozen Memorial Sloan Kettering doctors are sharing their latest discoveries with attendees through poster sessions, workshops, panels, and scientific forums. What follows are some of the studies that feature contributions from MSK investigators.

One study presented at SABCS looked at the benefit of adding the prostate cancer drug enzalutamide (Xtandi®) to standard treatment with the drug exemestane (Aromasin®) in women with advanced hormone receptor–positive breast cancer. That study was built on earlier trials led by MSK Breast Medicine Service medical oncologist Tiffany Traina. Those trials showed that hormone-targeting prostate cancer drugs are active in triple-negative breast cancers that carry a receptor for the hormone androgen.

Exemestane, a type of drug called an aromatase inhibitor, blocks the formation of estrogen. This prevents the hormone from driving cancer growth. Enzalutamide was developed to treat advanced prostate cancers that carry receptors for androgen, one of the major drivers of advanced cases of that disease. Previous studies have suggested that between 60% and 80% of breast cancers that are estrogen-receptor positive also express the androgen receptor, providing a basis for the current research.

The phase II trial presented at SABCS, in which Dr. Traina and other members of MSK’s Breast Medicine Service participated, included 247 women. The investigators found that for patients who had not previously had estrogen-targeted therapy and whose tumors were shown to be androgen dependent, adding enzalutamide improved progression-free survival from 4.3 months to 16.5 months. (This is the length of time a patient lives with a disease but it does not get worse.) The side effects were similar regardless of whether patients got one or both drugs.

“These findings are not immediately practice-changing. But the take-home message is that there may be a subset of patients with estrogen-driven cancer that may benefit from the addition of an androgen-targeted approach,” Dr. Traina says. She adds that one of the key next steps will be validating the biomarker for the androgen receptor in additional groups of patients.

Uncovering a Reason Why Hormone Receptor–Positive Breast Cancer Can Return

Hormone therapies extend survival and increase the cure rate for many people with hormone receptor–positive breast cancer. Despite the efficacy of these treatments, however, breast cancer can still come back years or even decades after treatment. Very little is known about why this happens.

In a new study presented at SABCS, investigators presented data that offered new clues about one potential culprit: genetic material called long noncoding RNAs (lncRNAs, pronounced “link” RNAs). These lncRNAs are part of what is sometimes called the “dark matter” of the genome — the 98% of genetic material that does not encode for proteins. Yet these molecules do have functions, and they are just beginning to be understood.

If a lncRNA is established as a master regulator of recurrence, the ultimate goal would be developing drugs that can block its effects. MSK physician-scientist Jorge Reis-Filho was one of the authors on the study. 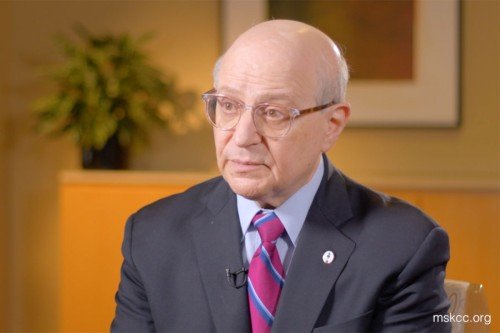 Definitive Proof that Dose-Dense Chemotherapy Is Safe and Effective for Breast Cancer
Dose-dense chemotherapy calls for less time between doses compared with a standard treatment plan.
Learn more
Back to top

Developing Better Ways to Predict Response to HER2 Drugs

Further analysis from a phase III trial called NeoALTTO reported that certain types of genetic mutations can be used to predict how likely it is that tumors with the HER2 mutation will respond to targeted therapy. The initial aim of the trial was to determine whether a combination of two targeted therapies — lapatinib (Tykerb®) and trastuzumab (Herceptin®) — worked better than either drug alone in women with early-stage breast cancer. That earlier study found that the combination led to higher complete response rates, meaning that a greater number of women had tumors that were no longer detectable.

In the new analysis, presented at SABCS, the investigators reported that certain genetic abnormalities found in the tumor tissue suggested that patients were more likely to benefit from HER2 drugs. Specifically, they found that tumors with a type of mutation called a copy-number aberration were more likely to respond to HER2 therapy if they also carried the estrogen receptor. The analysis revealed a particular chromosome change that appeared to predict a higher rate of response, pointing to an area of future study.

MSK Physician-in-Chief and Chief Medical Officer José Baselga was senior author of the phase III NeoALTTO trial, which was published in the Lancet Oncology in 2014.