New research from Memorial Sloan Kettering scientists suggests that a way to improve immunotherapy is by altering immune cells’ access to sugar.

Cancer cells and immune cells share something in common: They both love sugar.

Sugar is an important nutrient. All cells use sugar as a vital source of energy and building blocks. For immune cells, gobbling up sugar is a good thing, since it means getting enough nutrients to grow and divide for stronger immune responses. But cancer cells use sugar for more nefarious ends.

So, what happens when tumor cells and immune cells battle for access to the same supply of sugar? That’s the central question that Memorial Sloan Kettering researchers Taha Merghoub, Jedd Wolchok, and Roberta Zappasodi explore in a new study published February 15 in the journal Nature.

Using mouse models and data from human patients, the researchers found a direct relationship between the amount of sugar — specifically glucose — that a tumor consumes and the effectiveness of immunotherapy: The more sugar the tumor consumed, the less effective the immunotherapy.

The findings suggest that blocking cancer cells’ use of sugar could tip the scales in favor of immune cells, especially when they are activated by immunotherapy drugs.

“If we reduce a tumor’s use of glucose, then we free up more of it for immune cells to use, which benefits the immune response,” says Dr. Merghoub, who co-led the research effort.

If we reduce a tumor's use of glucose, then we free up more of it for immune cells to use, which benefits the immune response.
Taha Merghoub Attending Biologist

“What we think we’ve identified is a new means to improve checkpoint blockade immunotherapy,” adds Dr. Wolchok. Immune checkpoint inhibitors release the brakes on immune cells and can provide lasting benefits for people with cancer, but they do not work for everyone. The new research may provide a way to boost their effectiveness.

To examine the relationship between tumor cells’ use of glucose and response to immunotherapy, the researchers turned to a mouse model of breast cancer that is highly glycolytic — meaning it uses a lot of sugar to grow. In the first set of tumors, the researchers genetically knocked down a key enzyme cells require to rapidly consume glucose in a process called glycolysis. In the second set, the enzyme was left alone. Each set of tumors was grown in mice and then the mice were treated with checkpoint inhibitors targeting CTLA-4 before having surgery to remove the tumor. The results: The mice whose tumors consumed less sugar survived longer and had a far lower rate of metastasis (when the cancer spreads) than the mice with tumors that used more glucose. This indicated an improved response to immunotherapy in mice whose tumors consumed less glucose. 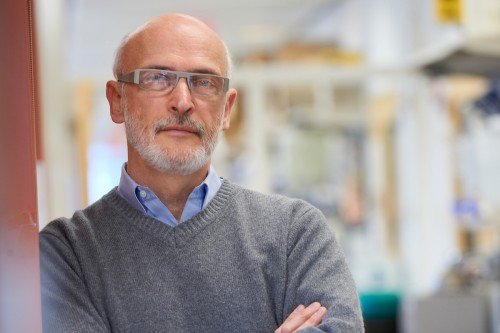 Ludwig Center for Cancer Immunotherapy
This center is focused on developing therapies that act by stimulating or strengthening the immune system’s ability to fight cancer.
Learn more
Back to top

It turns out that glucose affects these two T cell types differently. More available glucose boosts the effector T cells’ killing ability. With Tregs, more glucose means they lose their ability to apply the brakes. That means that freeing up glucose for use by immune cells is doubly beneficial at giving a boost to immunotherapy drugs.

“It was surprising and exciting to see that CTLA-4 blockade induces Tregs to use glucose and that this in turn reduces the suppression activity of these cells,” says Dr. Zappasodi, a former Parker Institute Bridge Scholar in the Merghoub-Wolchok lab and now a faculty member at Weill Cornell Medicine.

“The implication is that for tumors that are highly glycolytic and don’t respond to immune checkpoint blockade, one way of overcoming this resistance is to target tumor glycolysis with drugs,” Dr. Merghoub adds.

The feasibility of using sugar to boost immune responses depends on being able to preferentially limit glucose use by tumors — and that’s where it gets tricky. Existing drugs that block sugar use by cancer cells will also block sugar use by immune cells, which would defeat the purpose. What is needed are drugs that can prevent tumor cells from using glucose while allowing immune cells to use it freely. The team has a few leads and is exploring them now.