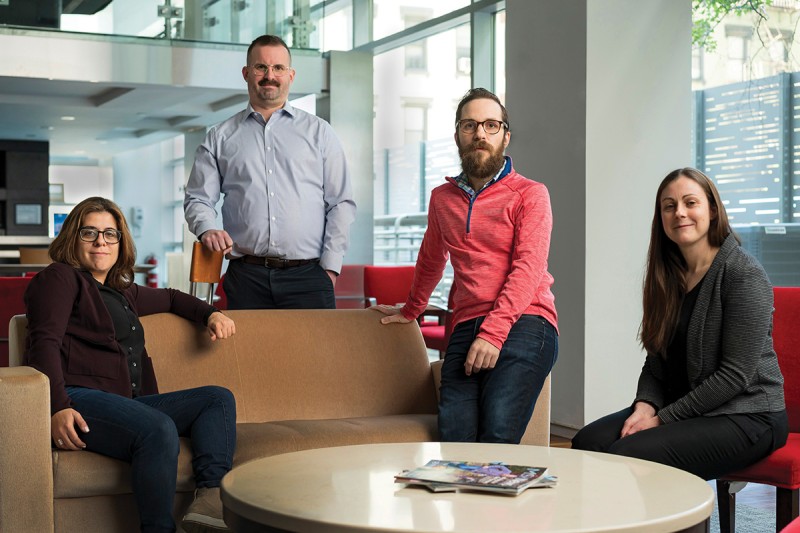 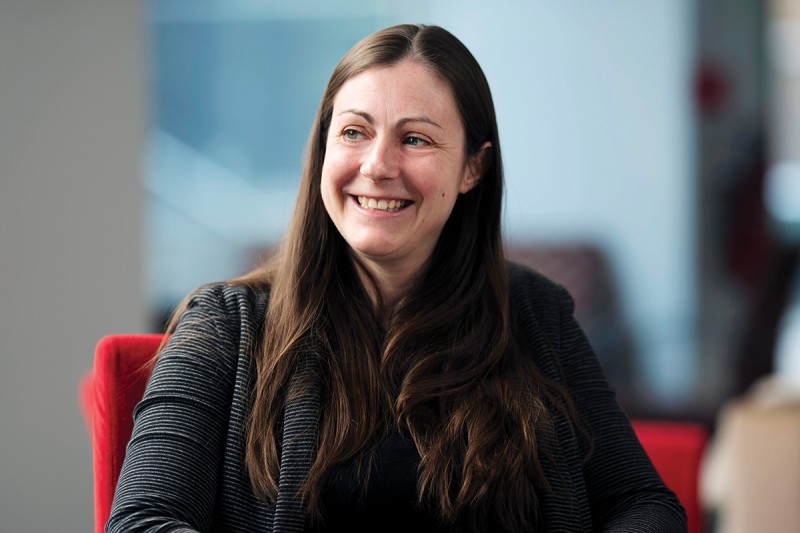 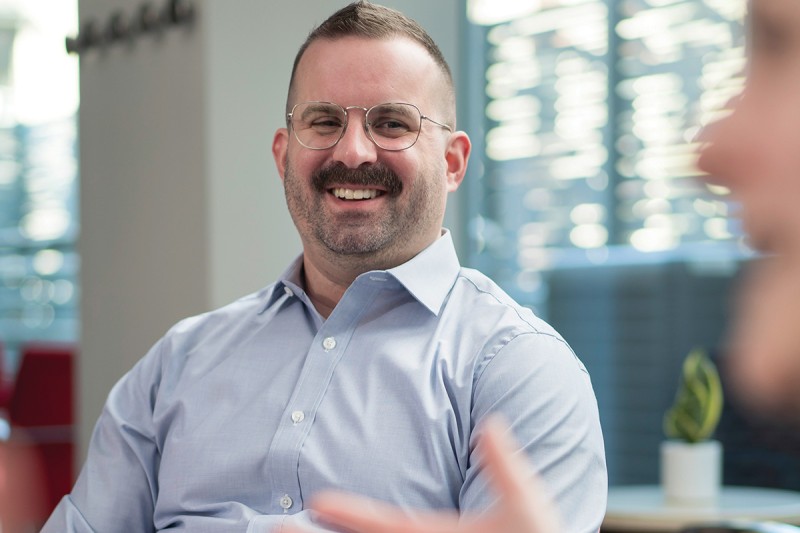 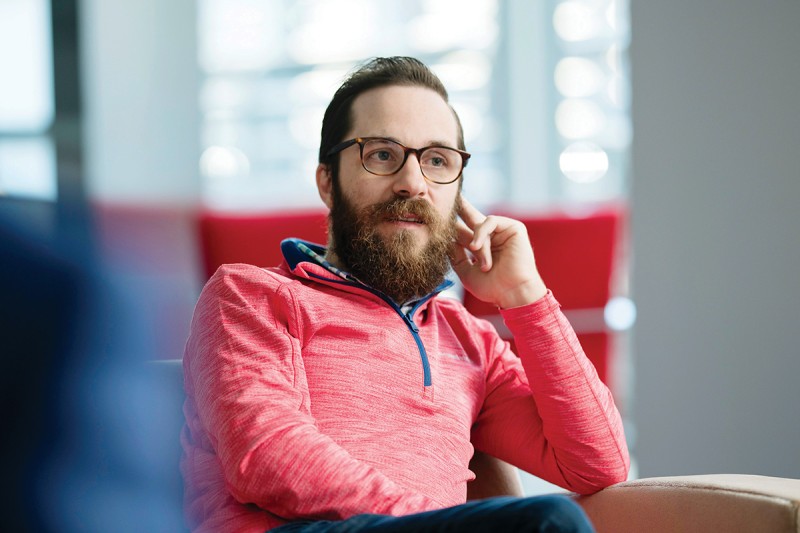 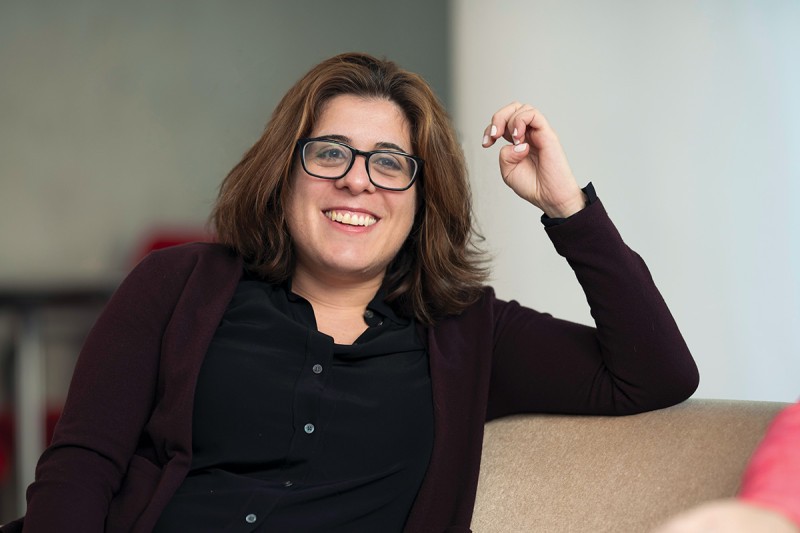 MSK: When did you first realize that the Sloan Kettering Institute (SKI) was a special place to do science?

Justin Perry: I came to SKI before I was even applying for a faculty position. My friend Michael Overholtzer is Dean of the graduate school here. I was visiting for a conference, and he invited me up to meet some colleagues of his, including Lydia Finley and Philipp Niethammer.

The thing that kept coming up in our conversation was that SKI does science the right way. What I mean by that is: They make it so you don’t have to worry about a lot of the day-to-day hassles of starting a lab, like how you are going to pay for new equipment or get supplies. I remember them saying, “You’ll never have to worry about that.” SKI makes it so we can just focus on our science.

Agnel Sfeir: I remember after visiting SKI and giving my vision talk, I was walking down 1st Avenue to my apartment. I was impressed by how deep but also diverse the science at SKI is. It’s just incredible: Every person I met with was doing inspiring work.

One thing that I find to be special about SKI is that even though it is connected to a hospital, fundamental discovery science is at its core. This is unique. Not many institutes in the United States — or in the world — value basic science to this level.

One thing that I find to be special about SKI is that even though it is connected to a hospital, fundamental discovery science is at its core.
Agnel Sfeir molecular biologist

Melinda Diver: I was here as a graduate student, so I knew that I loved it at SKI. When I saw SKI was hiring, I decided to submit an application. Throughout the interview process, I remember feeling like there was all this new vibrant energy around the institute. There are few places you can go in this country or this world and have this concentration of scientists where you can just knock on their door and start up a great conversation. That was a huge driver for me to return.

Tom Norman: SKI is a really nice-size institution. It’s got enough breadth that it covers all the major areas of biomedicine, but it’s also small enough that it’s easy to go meet your neighbor. I think it is a great way for interdisciplinary work to happen.

What are some examples of the way SKI supports researchers to enable them to do their best work?

Tom: The resources available at SKI are a huge benefit. Especially when you run a small lab and you don’t want to invest the time in developing a technique or something like that, they have all these wonderful core facilities that can fill those gaps for you.

Melinda: I completely agree. One of the main technologies that I use for my work is called cryo-electron microscopy. This requires multimillion-dollar equipment and someone very skilled to set up and maintain this equipment and computational infrastructure. SKI has a fabulous center to support this work. That is a huge draw. As a young professor, that frees up so much time. You can devote your energy to science, as opposed to equipment support and troubleshooting.

What do you want people to know about basic science and why it’s so important to our understanding of cancer?

Agnel: I don’t think people realize that 80% of the most transformative drugs approved by the FDA are the result of serendipitous basic science discoveries. Scientists were not looking for that particular drug; instead they were trying to find an answer to some fundamental question.

Justin: The commonly cited example of this is Jim Allison’s work, which led to the development of immunotherapy. He didn’t start out wanting to cure cancer; he wanted to understand T cell biology. But the basic science discovery about immune cell checkpoints led to this amazing therapeutic breakthrough for cancer. Jim was Chair of the Immunology Program from 2004 to 2010.

How does having your lab across from the cancer hospital help you brainstorm and collaborate?

Agnel: I have several ongoing collaborations with people at the hospital. There are really no barriers. The radiation oncology department recently invited me to give a talk. The next thing I know, I am collaborating with three people from that department and two fellows joined my lab for their research years.

Justin: As a basic scientist at SKI, you have the ability to see findings from your lab move closer to the clinic — in some cases, even entering into the earliest phases of clinical trials with patients. That’s very unusual for an academic institution.

Tom: I’ll say SKI’s close integration with a cancer hospital was actually a significant draw for me coming here. And this is coming from somebody who is a basic scientist to the core. For me, it’s really exciting to try to take some of the tools that we have developed in experimental models and think about being able to apply them to patient samples. There just aren’t that many places in the U.S. like that.

MSK 2021 Annual Report
Our three pillars — patient care, scientific research, and education — supported extraordinary progress in 2021. Learn about just some of our achievements in this Annual Report.
Learn More
Back to top
Navigate this article