Symantha Wilson knows she is one of the lucky ones. The 26-year-old Long Island resident was nearing the end of a six-month chemotherapy regimen for stage 2 Hodgkin lymphoma last June. The treatment had been very effective, wiping out most of the cancer cells. But with just over a month left in her regimen, she was crushed to learn that her blood cancer was growing resistant to the therapy.

“To be so close to thinking that I beat it and then get that news was devastating,” Symantha says. “I felt like, ‘Maybe this is it for me. I don’t stand a chance.’ ”

Her doctor on Long Island referred her to Memorial Sloan Kettering Cancer Center (MSK), where she joined a clinical trial led by medical oncologist Alison Moskowitz. The study was testing a drug that works by harnessing the immune system to fight the cancer. Doctors would combine this drug, called pembrolizumab (Keytruda®), with a different chemotherapy regimen and then perform a stem cell transplant.

Pembrolizumab is known as a check­point inhibitor. It works by releasing a natural brake that the immune system places on powerful immune T cells so they don’t accidentally attack normal cells. Cancer cells hide from attack by tripping the brake, hoping to fool T cells into believing they are normal. But checkpoint inhibitors release the brake, allowing the T cells to activate, recognize, and attack tumors.

Symantha began the treatment in September. After only six weeks, her cancer was undetectable, and she was able to have the stem cell transplant. Four months later, she remains cancer-free. Her doctors say her outlook is excellent.

“It was so scary and discouraging to hear my cancer was growing even as I was getting chemotherapy,” she says. “Then to fast-forward six weeks and not have cancer at all — thanks to science and God’s help — it was truly amazing.”

Immunotherapy has undoubtedly saved many people. But the sobering truth is that cases like Symantha’s are still the exception. Far too often, immunotherapy does not work. Checkpoint inhibitors fail to be effective in up to 80% of patients. The success rate is not much better with chimeric antigen receptor (CAR) T cells, which engineer a patient’s own cells to attack the cancer. CAR T therapies are difficult to administer and so far, have worked only for certain blood cancers.

Sadly, many people initially respond to immunotherapy only to find the benefits are fleeting.

“One tragic element of the immuno­therapy revolution is how it changes the expectation for even some of our very sick patients,” says MSK physician-scientist Santosha Vardhana (Josie Robertson Investigator) who treats people with lymphoma. “Many of them experience a brief wisp of promise. They just start to experience the possibility of joy and then have it taken away.”

The immune system does its best to fight cancer cells naturally: T cells sense danger, flock to tumors, even invade them. But then they lay down their arms. Something causes the T cells to become dysfunctional. They enter an exhausted state in which they can no longer self-renew and give rise to cells to keep the attack going. It’s called “T cell exhaustion.” Immunotherapy seeks to boost the immune system to keep up the fight, but too often, it doesn’t work.

MSK researchers, including Dr. Vardhana, are trying to unravel the mystery. It’s proving to be extraordinarily complex.

“We haven’t really understood how or why T cell exhaustion happens,” Dr. Vardhana says. “Because of that, we don’t really have good strategies that reverse it, which is critical to making immunotherapy treatments work for more people.”

Thinking Outside the Box To Understand T Cell Exhaustion

Also keenly interested in understanding T cell exhaustion is Andrea Schietinger, an immunologist in the Sloan Kettering Institute (Catherine and Frederick R. Adler Chair for Junior Faculty and former Josie Robertson Investigator). In 2017, her lab reported in Nature that T cells become dysfunctional through successive waves: When T cells enter tumors, they quickly lose their ability to kill cancer cells, but their fate is plastic — there is an early win­dow in which they can still be reactivated. But with time, the T cells become exhausted and settle into a fixed state in which they cannot be reprogrammed. Presumably then, checkpoint inhibitors work when they catch the T cells early enough — in their plastic state.

But Dr. Vardhana says it’s becoming clear the drugs don’t actually reverse T cell exhaustion. Instead, checkpoint inhibitors seem to “extract the remaining juice” out of exhausted T cells. Furthermore, the drugs seem to work only if the tumor has a lot of mutations that the T cells can attack, or if the tumor is small enough that the T cells don’t have as much work to do.

In 2019, Dr. Schietinger discovered something even more surprising about T cells in tumors: They enter the exhausted state to save themselves. They stop fighting to avoid becoming overstimulated and dying. It’s about their own survival, Dr. Schietinger reported in a study published in Nature.

All together, these findings show, simply “taking the brakes off” the immune system with checkpoint inhibitors won’t suffice. “We need to look at everything causing T cell exhaustion and find ways to prevent or undo it,” Dr. Schietinger says.

How the Ecosystem Could Help T Cells Keep Fighting

MSK scientists are laser-focused on understanding cells in the ecosystem around tumors, because those surrounding cells send various signals to the T cells. Investigating how those signals are then processed or metabolized by the T cells is the focus of research funded by a prestigious grant received by Dr. Vardhana — the 2022 Damon Runyon Cancer Research Foundation-Rachleff Innovation Award. He is studying lung cancer and mesothelioma, because in both diseases there is a buildup of fluids and cancer cells in the pleura, a thin layer of tissue between the chest wall and the lung.

“We focused on these cancers because we wanted to be able to sample the environment a T cell is living in,” he says. “It’s really hard to get samples from most tumors, which are tightly packed, but the pleural fluid offers a very clean way to look at the environment where T cells have to live and function as they try to respond to tumors.”

Much to their surprise, his team found that T cells in the pleural fluid are not capable of mounting an immune response. Once they enter this space, they are instantly told to stand down, so immunotherapies don’t work. This suggests that certain ecosystems in the body may naturally suppress all T cell function.

“The fundamental decision a T cell has to make is whether to turn on and attack when it detects something that seems to be foreign, like a cancer cell,” says Dr. Vardhana. “We’re learning that the environment around the T cell can fine-tune its behavior.”

Dr. Vardhana’s lab has found evidence that T cells can change their entire state — becoming dormant or active — based on how they metabolize nutrients obtained from their environment. Therefore, adding or depleting nutrients in their ecosystem could theoretically activate T cells to attack the cancer.

“We’re excited to probe this further because it could have broad implications for improving immunotherapy in many cancers,” he says.

We haven't really understood how or why T cell exhaustion happens, which is critical to making immunotherapy work for more people.
Santosha Vardhana medical oncologist
Back to top

Learning From Autoimmune Disease — When T Cells Go Into Overdrive

Another way to combat T cell exhaustion could be changing the T cells themselves. In a bold study launched four years ago, Dr. Schietinger’s team took a cue from immune cells in autoimmune diseases, where the immune system goes into over­drive and attacks the body’s own organs relentlessly. Dr. Schietinger asked: “What is it about autoimmune T cells that they never give up? Why don’t they get exhausted?”

“We thought if we could figure out how autoimmune T cells are programmed, we could take that information and apply it to tumor-specific T cells to make them more effective cancer killers,” she says.

It was an out-of-the-box idea. To pursue this ambitious research project, Dr. Schietinger also received a prestigious grant — the National Institutes of Health Director’s New Innovator Award in 2017. Her team studied mice that spontaneously develop type 1 diabetes, an autoimmune disease where T cells destroy insulin-producing cells in the pancreas. Their surprising findings were published in 2021 in Nature: There are stem-like T cells in lymph nodes that can generate billions of new highly functional killer T cells, so they are constantly resupplied. That’s why the T cell destruction of the pancreatic cells never stops.

“This was quite a breakthrough for me as a tumor immunologist, because we can take this information and think about how we can potentially engineer stem-like T cells and their environment for the fight against tumors, using the autoimmune stem cells as a model,” Dr. Schietinger says.

Whether reprogramming T cells directly or changing their environment, MSK researchers are determined to make immunotherapy more successful for more patients. They want far more people to experience the joy and relief felt by Symantha — keeping cancer at bay with a lasting remission.

“Seeing patients who thought the improbable had occurred — only to slip back into that unfair and harsh reality — has been among the most difficult experiences in my professional life,” Dr. Vardhana says. “I want to see patients gain hope without it being taken away. They’re always in my mind when I think about the road we have ahead of us.” 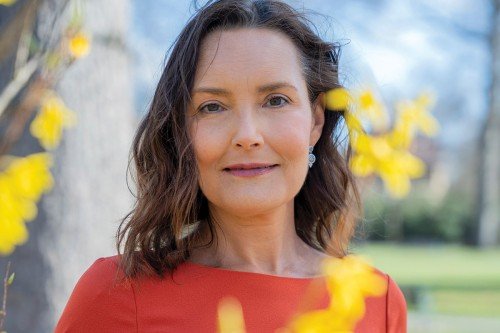 MSK News Spring 2022
A new MSK initiative is exploring how cancer interacts with the body's complex ecosystem. This knowledge leads to better treatments for patients like Bridget Anderson.
Learn more
Back to top
Navigate this article