The US Food and Drug Administration has announced the authorization of MSK-IMPACT™. The test was developed by Memorial Sloan Kettering’s Department of Pathology to look for genetic mutations and other alterations in patients’ tumors. Knowing more about the changes driving an individual tumor helps open the door for personalized medicine, in which a person is matched with a treatment that targets the specific weaknesses in his or her cancer.

MSK-IMPACT, which stands for integrated mutation profiling of actionable cancer targets, has been used to analyze the tumors of people with advanced cancer being treated at MSK since January 2014. It is based on a technology called high-throughput next-generation sequencing. This means the most critical parts of the cancer genome — the complete string of DNA “letters” in a cell — can be profiled very quickly and with great sensitivity. When the test was first developed, it looked for alterations in 341 cancer-associated genes. Today, it looks for alterations in 468 genes. These alterations may be seen in both common and rare cancers.

“The experts at the FDA recognized the quality of our test and chose to partner with us to help determine how these kinds of tests are evaluated,” says geneticist and pathologist Michael Berger, who led the development of the test. “MSK-IMPACT will set a precedent for future authorization of tests developed by both academic and commercial labs.”

The FDA’s authorization of MSK-IMPACT as well as some recent FDA drug approvals signal a new phase for precision medicine. It could potentially lead to broader insurance coverage for genomic-sequencing panels in oncology.

Building on a History of Innovative Cancer Care

MSK-IMPACT was already approved by the New York State Department of Health as a clinical test. It is now the first tumor-profiling laboratory-developed test to receive authorization through the FDA.

The MSK-IMPACT test is carried out by MSK’s Molecular Diagnostics Service, which is led by physician-scientist Marc Ladanyi. To date, more than 20,000 MSK patients with advanced cancers have had their tumors sequenced. The resulting data have helped guide therapy while also providing a wealth of new information that is driving new investigations in the laboratory.

“It was a tremendous effort to develop MSK-IMPACT, orchestrated by many people with diverse backgrounds,” says Ahmet Zehir, MSK’s Director of Clinical Bioinformatics.

Dr. Ladanyi adds, “Obtaining FDA authorization is yet another confirmation of the amazing team we have built and the considerable efforts we have invested in bringing this into routine patient care at MSK.”

“Pathology guides almost every decision point in the cancer treatment process. MSK-IMPACT has enabled our pathologists to provide a better understanding of the genetic underpinnings of each patient’s illness,” says David Klimstra, Chair of MSK’s Department of Pathology. “The valuable data obtained through the sequencing can guide treatment choices and, in some cases, identify patients who are candidates for a cancer clinical trial.”

According to a study published earlier this year in Nature Medicine, which looked at the first 10,336 patients to have their tumors sequenced with MSK-IMPACT, nearly 37% had at least one actionable mutation. This means that drugs targeting these mutations were available. Based on those testing results, the paper reported, 11% of patients — about 1,000 people — were able to participate in clinical trials of treatments that directly targeted the genetic alterations in their tumors. The study included contributions from more than 100 MSK investigators and was led by Dr. Berger, who is also an Associate Director of the Marie-Josée and Henry R. Kravis Center for Molecular Oncology (CMO).

In addition to patients who got targeted therapies based on their testing results, others were found to exhibit mutational profiles suggesting they were more likely to respond to immunotherapy. One of these abnormalities, known as microsatellite instability (MSI), occurs due to a defect in a process called DNA mismatch repair. Tumors with MSI are characterized by hundreds or even thousands of mutations. One component of the FDA’s authorized intended use for MSK-IMPACT is MSI detection, which adds another facet to the significance of this test.

Earlier this year, the FDA approved the immunotherapy drug pembrolizumab (Keytruda®) for the treatment of tumors with MSI, regardless of where the tumors appear in the body. Luis Diaz, Head of the Division of Solid Tumor Oncology in MSK’s Department of Medicine, led the trials that resulted in that approval.

All of the data collected through MSK-IMPACT testing are being made available to the larger scientific community through a database developed at MSK called the cBioPortal. Patients’ identifying information is removed, but basic clinical data are included, allowing researchers to study the connections between particular genomic alterations and the patients’ responses to therapy and their eventual outcomes.

Data from MSK-IMPACT are also being shared through AACR Project GENIE, a collaboration among eight leading cancer centers that aims to take advantage of genomic sequencing of tumors to advance precision oncology. Project GENIE — which stands for Genomics Evidence Neoplasia Information Exchange — was created by the American Association for Cancer Research (AACR) and is being spearheaded by Charles Sawyers, Chair of MSK’s Human Oncology and Pathogenesis Program. MSK has contributed the largest number of patients to the project, thanks in part to philanthropic support from the CMO, which coordinates many of MSK’s molecular oncology efforts. The CMO also funds sequencing that patients’ insurance doesn’t cover. 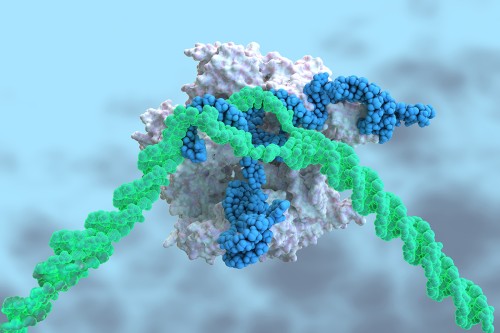 Cancer Genetics & Genomics
Learn about the work Memorial Sloan Kettering scientists are doing in the area of cancer genetics and genomics.
Learn more
Back to top

Genetic predictors of response to systemic therapy in esophagogastric cancer

The Molecular Landscape of Recurrent and Metastatic Head and Neck Cancers: Insights From a Precision Oncology Sequencing Platform