Biologist Maria Jasin discusses her work on DNA repair and why the Sloan Kettering Institute is such a great place to do research.

On September 25, Sloan Kettering Institute researcher Maria Jasin was presented with the Shaw Prize in Life Science and Medicine at a ceremony in Hong Kong. The annual Shaw Prizes honor life scientists, astronomers, and mathematicians from around the world who have made significant contributions in their fields of study. The prizes were first presented in 2002, and each comes with an award of $1.2 million.

Dr. Jasin, a member of SKI’s Developmental Biology Program, has received a number of other honors, including the 2018 Basser Global Prize from the Basser Center for BRCA at the University of Pennsylvania. She is also a member of the National Academies of Sciences and Medicine and the American Academy of Arts and Sciences.

We spoke with Dr. Jasin about her research and her collaborations at MSK.

What is the main focus of your work?

I study a process called homologous recombination. This is one of the main ways that cells repair DNA after it is damaged. A particularly dangerous type of DNA damage is a double-strand break, in which the two strands of the DNA double helix break in the same place. These breaks make it difficult for a cell to repair its genetic material.

In homologous recombination, a cell finds a DNA sequence in the genome that resembles the sequence at the break site. It mends the break by copying that undamaged sequence into the broken DNA. 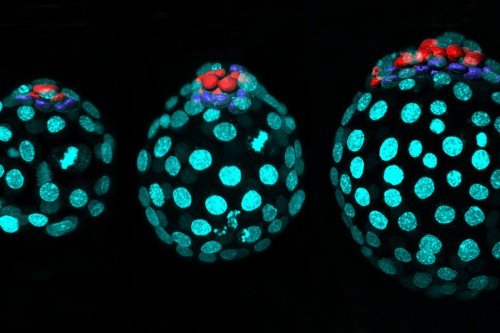 Developmental Biology Program
Our scientists study the molecular principles used to control the identity and function of cells, and the generation of tissues from populations of cells.
Learn more
Back to top

How does your research relate to cancer?

In the late 1990s, I began a project with [Memorial Sloan Kettering medical oncologist and breast cancer specialist] Mary Ellen Moynahan, who was then a member of my lab. She was studying the connections between the genes BRCA1 and BRCA2, which are associated with the suppression of breast cancer, ovarian cancer, and other cancers. Their absence can also affect therapy response.

We found that when these genes are mutated, cells are prevented from being able to repair double-strand breaks by homologous recombination. When DNA can’t be repaired, damage in the genome can accumulate and eventually lead to cancer.

This research was a basis for other labs developing PARP inhibitors. These drugs are now often used to treat cancers containing BRCA mutations.

Can you explain the contributions your research has made to technologies like CRISPR?

When I started my own lab in the early 1990s, I wanted to study double-strand break repair as it applied to genetic engineering.

We took an enzyme that was used to induce double-strand breaks in yeast and modified it for mammalian cells. We then developed tools that would provide an indication that homologous recombination was taking place and repairing these breaks.

I still remember when my postdoc called me over and showed me the cell culture plate. There were all these colonies growing on it — revealing that we were able to induce a very precise genome modification. It worked! And better than I could have imagined! It was a stunning result. Up until that time, people had assumed that homologous recombination would not work in mammalian cells because, without a break, it was very inefficient. We also observed nonhomologous repair, which led to mutations at the site of the break.

It was clear to me from the beginning that this would be a powerful way to do gene modification. We still had a lot of things to figure out, including how to get DNA breaks at particular sites in the genome. But eventually it formed the basis of a number of gene-editing techniques, including the CRISPR system.

I still remember when my postdoc called me over and showed me the cell culture plate.
Maria Jasin molecular biologist
Back to top

How did you find out that you won the Shaw Prize?

I was in Paris in May attending a conference. When I first got the announcement from the Shaw Foundation, I was so focused on the conference that I didn’t immediately understand they were telling me I had won. Once I figured it out, I was thrilled! I was with Erika Brunet, a former postdoctoral fellow who had organized the conference I was attending, and another former postdoctoral fellow, Fabio Vanoli, who is currently working in MSK’s Department of Pathology. We were able to celebrate a little bit in Paris. That was really nice.

A significant body of your research has focused on meiosis. What is that and why is it important?

Meiosis is the way that germ cells — eggs and sperm — form.

We usually think of double-strand breaks as something that puts the genome at risk for mutations. But meiosis is one case where we need homologous recombination to happen between maternal and paternal chromosomes. During the formation of germ cells, there are usually about 200 double-strand breaks. These breaks ensure that the germ cells get only one set of chromosomes and that offspring have genetic variation. You don’t get healthy sperm and eggs without it.

A lot of my research in this area has been done in collaboration with Scott Keeney [a member of SKI’s Molecular Biology Program]. We’ve worked together for more than 20 years. It’s been a highly productive partnership in terms of successful postdoctoral fellows and publications.

You started working at MSK right after finishing your training, and you’ve been here for your entire independent career. What’s special about working here?

MSK is a great place to collaborate, both with clinical researchers and with other basic science investigators. In addition, we get a lot of support from leadership to be creative when we want to explore a new project or a new avenue of study. A lot of other institutions don’t offer that.