It is hard to monitor whether treatment for a brain tumor is having an effect. A new diagnostic technique called hyperpolarized MRI provides a clear image of the brain’s metabolic activity. This can give important clues about whether a treatment is working in a shorter time frame, allowing doctors to change therapies sooner if needed.

Brain tumors are challenging to treat and monitor over time. Their location in the body’s control center makes it especially urgent for doctors to know if a treatment is working or if they should switch strategies. But it is hard to get this information quickly.

Now Memorial Sloan Kettering researchers have shown that a new diagnostic technique could markedly shorten this period of uncertainty. The technology is called hyperpolarized magnetic resonance imaging (HP MRI). It could potentially allow doctors to see whether a tumor is responding to treatment within just a few days.

The Mark of Cancer

The new imaging approach focuses on the way cancer cells process, or metabolize, nutrients. Cancer cells tend to metabolize nutrients differently and more quickly than normal cells do. Some well-established imaging methods already take advantage of this. PET scans, for example, can show the location of a tumor because cancer cells tend to have an increased glucose (sugar) intake. By injecting a small amount of radioactive glucose into a vein, it is possible to use a scanner to see where the glucose is metabolized.

Hyperpolarized MRI takes this a step further by capturing important information about how a tumor is metabolizing an injected substance. Conventional MRI uses radio waves and a powerful magnet linked to a computer to create detailed pictures of the inside of the body. In HP MRI, the molecules of the injected substance are oriented to the MRI’s magnetic field before the solution is injected into the patient. This shift is the reason it is called “hyperpolarized.”

This could provide a means of rapidly determining if a therapy is working or if doctors need to pursue more aggressive strategies.
Kayvan R. Keshari biochemist

The hyperpolarization boosts the signal captured by the MRI more than 10,000-fold. As the substance is processed by the cancer cells, doctors get an immediate, clear snapshot of a tumor’s metabolic activities. For example, HP MRI can detect when a cancer cell converts a sugar molecule from one form to another. Researchers can glean important information about tumor activity by tracking and measuring this conversion.

“This could provide a means of rapidly determining if a therapy is working or if doctors need to pursue more aggressive strategies,” Dr. Keshari says.

Earlier research from Dr. Keshari’s laboratory showed that hyperpolarized MRI could track metabolism in prostate cancer. But investigators were uncertain if the technique would work in brain tumors. The blood-brain barrier forms a tight seal, preventing many drugs or diagnostic compounds from making it into the brain.

To address this, the research team used a small molecule called pyruvate, a naturally occurring byproduct of glucose. Pyruvate is small enough to cross the blood-brain barrier. In addition, it is well-suited to gauging energy metabolism because it is converted to another substance, lactate, which can be easily detected using HP MRI. The amount of conversion can be measured by the intensity of the signal. 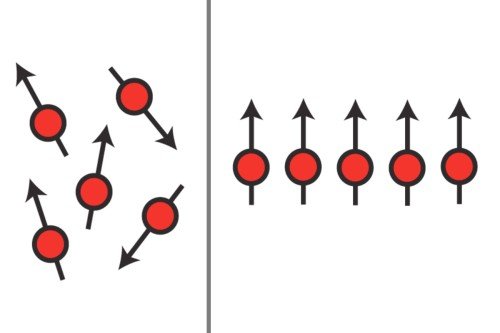 Animal studies using hyperpolarized MRI had detected increased levels of this pyruvate-to-lactate conversion in brain tumors compared with normal tissue. They had also showed that this metabolic process decreased following chemotherapy. This suggested that pyruvate could be a useful marker for treatment response in human brain tumors.

In a phase I study, Dr. Keshari’s team used hyperpolarized pyruvate in four people with brain tumors. The method showed increased pyruvate-to-lactate activity in both untreated tumors and those that had returned after treatment. The patients did not appear to experience any ill effects from the procedure.

“Although the study involves a small number of people, this view of brain metabolism is unprecedented and very exciting,” Dr. Keshari says.

Dr. Keshari adds that the next step is to explore the technique throughout the treatment process as a fuller test of its usefulness. He is working in close collaboration with MSK neurosurgeons, neuroradiologists, and other members of the Department of Neurology and the Radiochemistry and Imaging Probe Core Facility.

The study is reported in Cancer Research.