Vemurafenib, which selectively targets the genetic mutation BRAF V600, is the first drug ever approved for ECD.

The US Food and Drug Administration announced that it has approved the drug vemurafenib (Zelboraf®) for the treatment of Erdheim-Chester disease (ECD), a rare blood disorder. The drug, which targets a gene mutation called BRAF V600, is the first targeted therapy to be approved based on a basket trial, which assigns treatments to patients based on the genetic alterations driving their cancers rather than where the tumors originated in the body. The approval came as a direct result of research pioneered at Memorial Sloan Kettering, led by Physician-in-Chief José Baselga. It is the first drug ever approved for ECD.

“This approval marks a new era in targeted cancer treatment as we expect this to be the first of many approvals based on precision medicine clinical trials,” Dr. Baselga says. “At MSK, we have long seen the promise of basket studies, and this approval validates this important work. The FDA’s ruling provides hope not just to patients with ECD, but also to others who may benefit from targeted therapies.”

ECD is characterized by the overproduction of a type of white blood cell called a histiocyte. These histiocytes can invade otherwise healthy organs in the body and lead to life-threatening complications, including damage to the heart, lungs, and kidneys. Prior to today’s approval of vemurafenib, no other approved treatments for ECD existed. As a result, physicians frequently prescribed chemotherapy, radiation, steroids, and the immunotherapy drug interferon, but the efficacy of these treatments was unknown and each carries potentially severe side effects.

ECD affects about 300 people in the United States every year. More than half of them carry the BRAF V600 mutation, indicating that they would benefit from this drug.

Vemurafenib was already approved for the treatment of advanced melanoma that carries the BRAF V600 mutation. MSK medical oncologist Paul Chapman led the phase III trial that resulted in the approval in 2011.

“We now understand that like ECD, many rare cancers have mutations that make them eligible for potentially transformative targeted therapies like vemurafenib,” says MSK neuro-oncologist Eli Diamond, who specializes in the study of histiocytic disorders and who helped lead the trial that resulted in the FDA’s approval.

Basket studies of vemurafenib in patients with a number of cancers driven by BRAF V600 mutations have indicated that the drug may be effective in treating Langerhans cell histiocytosis, a subtype of the disease, as well as non-small cell lung cancer.

Taking Advantage of the Genomic Revolution

MSK has taken the lead in developing clinical trials for a number of promising drugs that target molecular defects. Thanks to the Marie-Josée and Henry R. Kravis Center for Molecular Oncology (CMO), genetic analysis is now offered to all patients with advanced cancer.

VIDEO | 03:50
A patient describes her successful treatment for Erdheim-Chester disease as a result of participating in an MSK basket trial.
Video Details

A test called MSK-IMPACT™ is able to scan tumors for mutations in more than 400 genes known to be linked to cancer. Based on these results, doctors are able to gain insight into each patient’s individual tumor and set the stage for more personalized treatments.

Basket studies can include many more people than disease-specific trials, which allows for faster enrollment and analysis of the results, potentially leading to new therapies more quickly. These types of studies offer greater opportunities for people with rare diseases such as ECD to receive personalized therapy targeted to their disease.

“This unique clinical trial design allows us to broaden eligibility and treat patients with diseases that have historically been underrepresented or even entirely absent in clinical trials, such as ECD,” explains David Hyman, Chief of MSK’s Early Drug Development Service, who headed the trial that led to the FDA’s decision. “This approval is an important step, but we believe it is just the beginning. This is an initial down payment on a future that offers hope to the large community of patients suffering from orphan cancers. We are committed to seeing this vision become a reality.” 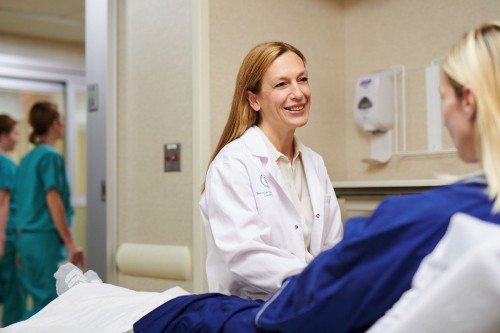 Find a Clinical Trial
Search our database of clinical trials at Memorial Sloan Kettering Cancer Center that are currently enrolling new participants.
Learn more
Back to top
Navigate this article