Scheduling a visit is easy. Click below or call us to get started.

Non-Participating Plans with Out of Network Benefits 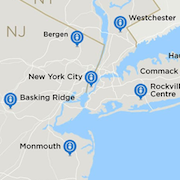 I have dedicated my career to the surgical care of people with colon and rectal cancer, and am an expert in minimally invasive laparoscopic and robotic techniques for performing these surgeries.

In addition to having treated thousands of patients over the years, I have a keen interest in research, particularly in examining ways to improve outcomes for peoples with colon and rectal cancers.

Doctors at Memorial Sloan Kettering work as teams, with specialists from all different areas. This allows us to consider all your needs together, and to give you the best possible care. 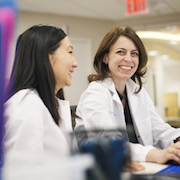 Find a Clinical Trial for You

Memorial Sloan Kettering's doctors and scientists are constantly developing new treatments for cancer. MSK is typically running hundreds of clinical trials at a given time.

You may be able to participate in a clinical trial even if you are new to MSK. Search our online directory to find trial information and see more about who can participate.

Visit PubMed for a full listing of Dr. Garcia-Aguilar’s journal articles. Pubmed is an online index of research papers and other articles from the US National Library of Medicine and the National Institutes of Health.

See all on PubMed

At MSK, we’re committed to delivering the best care to every patient. We use feedback from our patients to continue to improve our care. We also post patient reviews online to help you make healthcare choices. Learn more about our patient experience reviews.

If you’re a patient at MSK and would like more information about your doctor’s external relationships, please talk with your doctor.

This page and data include information for a specific MSK annual disclosure period (January 1, 2021 through disclosure submission in spring 2022). This data reflects interests that may or may not still exist. This data is updated annually.