A patient’s own stem cells are collected before chemotherapy, then returned when chemotherapy is complete.

Stem cells are given by a donor, most commonly a brother or sister. Autologous stem cell transplantation is more common for multiple myeloma, but either type of transplant can be used.

People who have autologous or allogeneic transplants first receive high-dose chemotherapy to kill the cancer cells. Two days later, the stem cells are infused into the bloodstream. This procedure is similar to a blood transfusion. Over the following days, the transplanted stem cells travel to the bone marrow, where they grow and develop into new mature blood cells, including red blood cells, white blood cells, and platelets.

It usually takes several weeks before all of the mature blood cells are replenished. During this time, special measures are taken to protect a patient from infections and bleeding. Stem cell transplantation may require up to three weeks in a hospital. Full recovery takes several months.

What Makes for a Successful Multiple Myeloma Transplant

High-dose chemotherapy combined with stem cell transplantation is a standard therapy for people with myeloma. It has been shown to extend survival. In select people who have a very good response to induction treatment, an autologous transplantation can be put off until a later time. 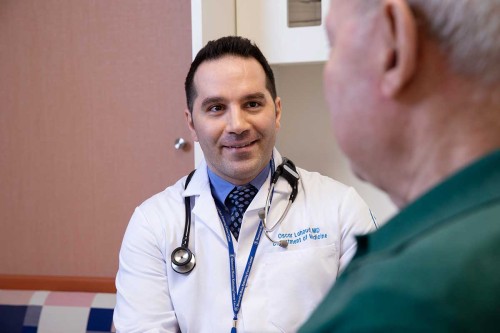 In fact, an independent study conducted by the US National Marrow Donor Program in 2012 showed that MSK significantly exceeded its predicted rate of one-year survival for people who had allogeneic bone marrow transplantation.

In addition, we have developed new growth factors and other medications to increase the number of stem cells that are available for collection. That increases the chances of a successful outcome after a transplant.

See a list of current clinical trials for multiple myeloma at MSK.