VIDEO | 03:22
Meet our pituitary and skull base tumor team and learn about our treatment approach.
View Details

A pituitary tumor, also called a pituitary gland tumor, is an abnormal growth of cells that occurs in the pituitary gland. Most of these tumors are benign (not cancer), and do not spread to other parts of the body.

The American Cancer Society estimates that around 10,000 people are diagnosed with a pituitary tumor each year, and as many as one in four Americans may have a tumor in the pituitary gland without knowing it. 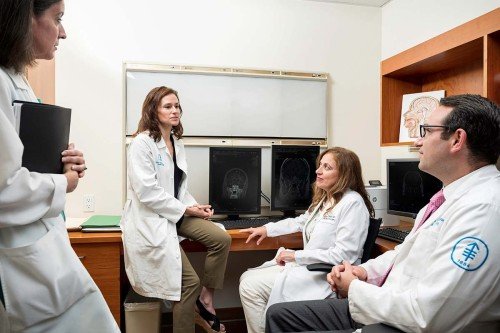 People with pituitary tumors generally have a good prognosis, but even the most benign forms can regrow after treatment and become problematic. In rare cases, pituitary tumors can become cancerous.

The treatment recommended by your doctor largely depends on the symptoms you are having, if any. Symptoms are usually associated with the size and location of the tumor. Or symptoms may arise when a tumor secretes a hormone, resulting in a hormone imbalance in the body.

Surgery is the primary treatment recommended for most pituitary tumors. For many people, that’s the only treatment needed. Others, particularly those with prolactinomas, may need medications or radiation therapy.

Learning as much as you can about your diagnosis can help you feel better prepared to speak with doctors about your possible treatment options and care. This guide is a good place to begin. Take your time.

About the Pituitary Gland and its Anatomy

VIDEO | 01:36
Learn about transsphenoidal surgery at MSK in this short animation.
Video Details

The pituitary gland is a pea-size structure located in the sella, a space in the center of the brain, just below the hypothalamus and behind the nose, close to the optic nerves. It is made up of two lobes, an anterior lobe called the adenohypophysis and a posterior lobe called neurohypophysis, respectively. The area where two lobes meet is called Rathke’s pouch.

What does the Pituitary Gland Do?

The pituitary gland plays an important role in the functioning of the endocrine system, the group of glands that produces and releases hormones in the body.

Doctors often refer to the pituitary gland as the master gland because, along with the hypothalamus, it controls the release of hormones from the other endocrine glands, such as the thyroid and the adrenal glands.

Most pituitary gland tumors are classified as pituitary adenomas. “Adenoma” refers to a benign tumor that begins in glandular tissue. Sometimes adenomas can continue to grow very rapidly even while being treated–these are known as aggressive pituitary tumors. Pituitary adenomas can become cancerous (called pituitary carcinomas), but these cases are extremely rare.

With the exception of nonfunctioning adenomas, pituitary gland adenomas are classified by the type of hormone they secrete.

Certain rare inherited genetic conditions can increase a person’s chance of developing a pituitary tumor. These conditions include: 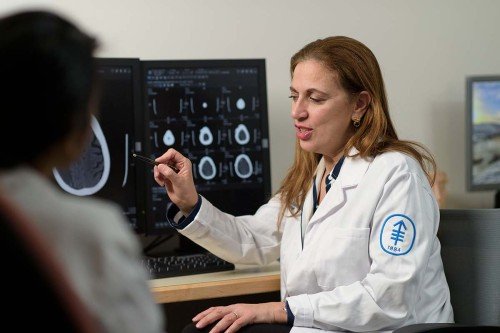 Brain Tumor Remote Second Opinions from Neurosurgeons at MSK
Learn how to get a remote second opinion about your brain cancer or benign tumor diagnosis from MSK neurosurgeons.
Learn more