An MSK doctor weighs in on a recent study that links a ketogenic diet to improved responses to certain cancer drugs.

In July 2018, researchers from Weill Cornell Medicine and Columbia University published the results of a laboratory study that combined a very low-carbohydrate diet with targeted drugs called PI3K inhibitors as a treatment for cancer. The researchers found that this diet, called ketogenic, improved how well the drugs worked in several types of cancer in mice.

The study attracted quite a bit of media attention, no doubt in part because the ketogenic diet is a popular topic among diet gurus. But for people with cancer, the study could be a source of confusion about what they should and should not be eating. 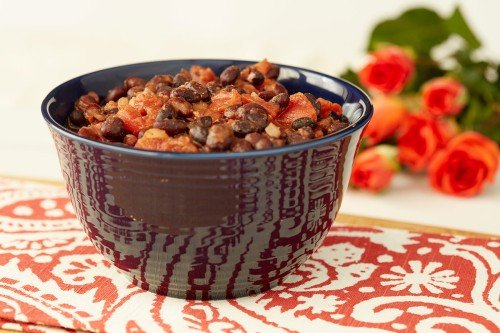 Nutrition and Cancer
The food you eat during and after cancer treatment can play an important role in your recovery. Check out Memorial Sloan Kettering's nutrition advice and recipes to help you feel your best.
Learn more

What questions do your patients have about diet as it relates to cancer?

By the time people with breast cancer come to see a medical oncologist like me, they’ve already been diagnosed with cancer. Many have had surgery, and now they’re coming to talk about how to prevent the cancer from returning.

Oftentimes chemotherapy is a part of that conversation. Their main question is typically “What can I eat and what can’t I eat during chemo?” Many people believe that chemotherapy is going to obliterate their appetite. They think they’re going to waste away, so they need to eat as much as they can before chemo to prepare for this impending malnutrition.

But the data, especially in breast cancer, suggest the opposite. People are more likely to gain weight during adjuvant [postsurgery] chemotherapy for breast cancer. A lot of my patients are surprised when I tell them to watch their calorie intake. This is because we now have plenty of epidemiologic evidence showing that a 5 to 10% weight gain during or after adjuvant chemotherapy increases the risk of breast cancer relapse.

Read more about the link between fat and cancer.

What do you think of the Weill Cornell–Columbia study that combined a ketogenic diet with drugs as a treatment for cancer?

I think that this study is incredibly interesting. We’ve known for a while that a common side effect of PI3K inhibitors is hyperglycemia, meaning high blood sugar. That’s a problem for people with diabetes or prediabetes, and it’s one of the reasons why we sometimes have to stop treatment. This study suggests that controlling that rise in blood sugar — either through a ketogenic diet or through medication — could be one way to make the drugs more effective.

Tell us a little bit more about the cancer drugs used in this study. Why did the investigators choose to study them in combination with a ketogenic diet?

The idea behind giving someone PI3K inhibitors is that many cancers have mutations in the gene that codes for the PI3K enzyme. In fact, 70% of all cancers have mutations in the signaling pathway of which PI3K is a part. A key component of that pathway is insulin, a hormone that controls our blood sugar levels and has many other important functions. In the context of cancer cells, insulin can bind to a receptor on the surface of a cancer cell and stimulate growth-promoting pathways that include PI3K.

The study investigators hypothesized that this insulin spike might negate the effect of blocking the PI3K enzyme with drugs. They took two approaches to prevent the spike: a ketogenic diet, which reduces the body’s glucose stores, and diabetes drugs that block insulin. Both approaches made PI3K inhibitors much more effective — at least in the mouse models they used. They concluded that a ketogenic diet improved responses to PI3K inhibitors by reducing the activation of insulin receptors in tumors.

What should people with cancer know about the ketogenic diet, based on this study?

First of all, this study was done in mice, so we don’t know yet if people will respond the same way. Second, it’s important to note that a ketogenic diet by itself was not effective as a cancer treatment in this study. In fact, for some of the cancers they tested, it actually made the cancer worse.

That said, there could be other benefits of a ketogenic diet for some people. A ketogenic diet is a very low-carbohydrate diet that also tends to be low calorie. Therefore, over time it will lead to weight loss. That in turn will reduce obesity-related inflammation and other metabolic problems, which could reduce the risk of cancer forming and coming back. Other diets that induce weight loss may also be helpful in this regard.

Ultimately, when it comes to diet, it depends on what works and is achievable for a particular person. Changing dietary behavior may be more effective than following a specific diet. In other words, if you can eat a healthy diet that is not overly restrictive, such as the American Cancer Society diet, this may be the most beneficial approach in the long run.

Ultimately, when it comes to diet, it depends on what works and is achievable for a particular person. Changing dietary behavior may be more effective than following a specific diet.
Neil M. Iyengar medical oncologist
Back to top

Are any trials combining cancer therapy with either a ketogenic diet or insulin-reducing drugs?

Several clinical trials are underway or are going to be launched soon. For example, researchers at Weill Cornell and Columbia are planning trials of a ketogenic diet with cancer therapy. We are also awaiting the results of a large global trial testing whether the diabetes drug metformin helps prevent breast cancer recurrence.

At MSK, we have a trial of a ketogenic diet for endometrial cancer, led by Vicky Makker. It is currently enrolling participants. We are in the planning phase of developing trials that combine diabetes drugs with cancer drugs like PI3K inhibitors.

In addition, MSK has one of the most active exercise oncology programs in the nation, led by Lee Jones. Under this program, we have several exercise trials that are currently ongoing. For example, we are testing different exercise regimens with chemotherapy for early-stage breast cancer in a study led by Jessica Scott. We will also soon launch a trial of precision exercise plans plus molecular and hormone-based cancer therapy for estrogen receptor-positive breast cancer.

This is a rapidly developing area of research. As a physician-researcher, I find it very exciting that I can offer these options to my patients. As we learn more about how diet and metabolic alterations affect cancer, I am sure that we will find new ways to prevent cancer and prolong survival after a cancer diagnosis, all while improving well-being and general health.

The Skinny on Fat and Cancer Risk
Study Uncovers Hidden Risk for Breast Cancer in Some Women
No Sugar, No Cancer? A Look at the Evidence
Breast Cancer
Neil M. Iyengar
Exercise Oncology