This past year, Memorial Sloan Kettering researchers made important advances in basic and translational science that furthered our understanding of cancer and of how best to treat it. Here, we describe some of the year’s highlights.

By far the biggest cancer-science news from 2017 was the US Food and Drug Administration’s approval of chimeric antigen receptor (CAR) T cell therapy for certain types of leukemia and lymphoma. A form of immunotherapy, CAR T uses genetically engineered versions of a person’s own immune cells to find and fight cancer.

The FDA called its approval “historic,” noting that it was the first time that a cell therapy produced through gene editing had passed this regulatory hurdle.

Two separate CAR T products were given the green light within two months. In August, the FDA approved tisagenlecleucel (Kymriah), made by the pharmaceutical company Novartis, for children and young adults with acute lymphoblastic leukemia that has not been completely eliminated by prior therapies. In October, it approved axicabtagene ciloleucel (Yescarta) for people with certain types of non-Hodgkin lymphoma that are similarly resistant to treatment. Yescarta is manufactured by the biotech company KITE, now owned by Gilead Sciences. Both approvals reflect the significant benefits of CAR T therapies for very ill people who otherwise have run out of options.

MSK scientists played key roles in the development of CAR T cell therapy, and they are leaders in pioneering the next generation of these medicines. Read more about MSK’s contributions to CAR T therapy.

What is CAR T?
Explore how MSK scientists and clinicians are using an immunotherapy called chimeric antigen receptor (CAR) T cell therapy to beat cancer.
Learn more
Back to top

No biotechnology has had more impact on science and medicine in recent years than the genome-editing tool CRISPR. With this powerful molecular scissors, scientists can snip out specific pieces of DNA or make changes at precise genetic addresses. MSK scientists used CRISPR in several inventive ways this year to push cancer science forward.

Immunologist Michel Sadelain and his team used CRISPR to build more-effective CAR T cells. Typically, scientists use modified viruses to add the CAR gene into immune cells. The virus inserts the gene randomly at multiple spots in the genome, which can have unwanted consequences. In a study published in the journal Nature, Dr. Sadelain’s team showed that they could use CRISPR to place the CAR at a very specific genome location, to optimize functioning. The approach paves the way for more reliable CAR therapies, and even off-the-shelf versions that would not need to be made from a person’s own cells.

In a separate study, biologist Scott Lowe and his team used CRISPR to prove that a specific genetic mutation is the cause of a rare type of liver cancer called fibrolamellar hepatocellular carcinoma. The discovery should aid the search for new medicines that could treat this rare cancer, which predominantly affects children and young adults.

As if CRISPR weren’t precise enough, a team of researchers from the Sloan Kettering Institute built a computer program to help scientists design more-effective guide RNAs, which is what the CRISPR tool uses to find specific regions of the genome. Called GuideScan, the freely accessible program should help researchers make even more skillful use of the technology.

This past year, MSK researchers also used CRISPR to study how acute myeloid leukemia progresses and to create models of pancreatic cancer.

Jumping Ahead of Childhood Cancer

Cancer primarily affects older people. A person’s risk rises over time as genetic mutations pile up, due either to mistakes when cells copy their DNA or to ongoing exposure to cancer-causing agents in the environment, like cigarettes. Researchers have long been puzzled by why tumors develop in children, who presumably haven’t had enough time for large numbers of random mutations to accumulate.

This year, a team of MSK scientists led by Alex Kentsis discovered a surprising cause of childhood cancers: a gene called PGBD5 that becomes abnormally activated in children. The protein made by the gene snips out DNA segments and flips them or moves them to a different location within the genome. Scientists have dubbed these mobile elements “jumping genes.” When they jump, these DNA bits can land in other important genes, producing mutations that lead to cancer. 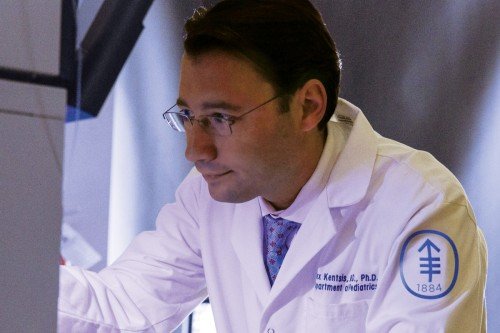 Blocking Enzymes That Signal DNA Damage Could Be a Treatment Strategy for Childhood Cancers
A new strategy for treating pediatric cancers involves preventing cells from repairing their own DNA.
Learn more

In a related study, also published this year, Dr. Kentsis’s team turned their discovery into a potential new treatment strategy. When the PGBD5 protein scrambles other genes, it creates breaks in the DNA that must continuously be fixed in order for the cell to survive. This damage causes cells with a lot of PGBD5 to be especially dependent on the processes of DNA repair. Therefore, blocking DNA repair in these cells with drugs could be an effective way to treat these cancers.

Plugging a Hole in Metastasis

Around 90% of cancer deaths are caused by metastasis — when cancer spreads from one part of the body to another. One of the most challenging types of metastatic cancer is leptomeningeal metastasis (LM). It occurs when cancer cells spread to the fluid and tissues that surround the brain and spine. Once LM arises, most patients die within a few weeks or months.

How cancer cells can survive and grow in spinal fluid, where there are no nutrients to support their growth, has long been a mystery. But this year, a team from MSK solved it. Physician-scientist Adrienne Boire, working in collaboration with Sloan Kettering Institute Director Joan Massagué, discovered that LM cancer cells make a protein that essentially punches holes in the membrane separating the spinal fluid from the blood supply. These holes then allow growth factors and other nutrients from the blood to enter.

The protein is well known to researchers who study inflammation. Called C3, it is part of a system of blood proteins. Medications developed to block this protein may help to plug the leak in the membrane and could be a way to treat this deadly cancer complication.

Like any overworked laborer, cancer-fighting immune cells eventually become exhausted. When this occurs, they lose their ability to effectively combat the disease. If there were a way to revive these sluggish cells, immune-based cancer therapies might be more effective.

Immunologist Andrea Schietinger and her team studied the biology of these exhausted T cells and discovered characteristic changes in the way that their DNA is packaged. These changes — which are referred to as epigenetic because they don’t involve changes to the DNA sequence itself — reveal new targets for drugs aimed at making immunotherapies more effective for more people. 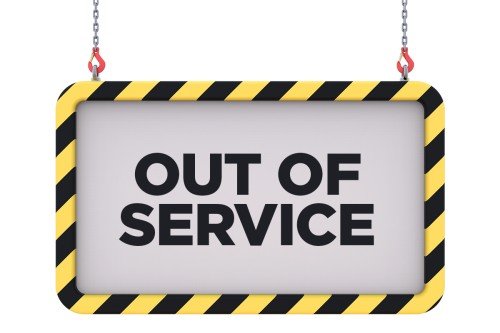 Why Immune Cells Sometimes Fail to Fight Cancer (and What to Do about It)
By looking at how DNA is packaged in cells, scientists are teasing apart a long-standing conundrum about the immune response to cancer.
Learn more

Immunotherapy drugs called checkpoint inhibitors have revolutionized the treatment of certain cancers. But despite their promise, these drugs are effective in only a fraction of patients. The epigenetic states Dr. Schietinger’s team has identified might help predict which patients will respond to immunotherapy, and what else can be done to increase the number of people who do respond.

Jumping Genes and the Dark Genome: MSK Researchers Gain New Insight into Childhood Cancers
With Help of CRISPR, Scientists Unravel the Cause of a Rare Liver Cancer
Inspired by a Patient, a Doctor Finds Answers for a Devastating Cancer Complication
The Michel Sadelain Lab
The Alex Kentsis Lab
The Joan Massagué Lab
The Andrea Schietinger Lab
What is CAR T?