The aim of the Sloan Kettering Institute (SKI) at Memorial Sloan Kettering Cancer Center is to pursue the best biological science wherever it leads. This past year, SKI scientists made groundbreaking discoveries across the biomedical spectrum — from how proteins function at the atomic scale to a new understanding of what causes diabetes. These breakthroughs in fundamental research are essential to understanding the biology of cancer and developing new treatments. Below are 10 remarkable science stories from 2021.

1. A smarter approach to administering vaccines

SKI immunologist Jayanta Chaudhuri and colleagues discovered that the immune system produces antibodies against respiratory viruses for longer than previously thought. The findings have implications for how to space COVID-19 vaccination boosters to offer the most protection. Read more »

Autoimmune diseases like diabetes result from the immune system attacking the body’s own cells. This year, Andrea Schietinger’s lab at SKI, in collaboration with researchers at Weill Cornell Medicine, discovered that Type 1 diabetes is caused by a never-before-seen population of stem-like T cells. These stem-like cells continually divide to resupply the stock of autoimmune T cells that kill insulin-producing cells in the pancreas, perpetuating the disease. Read more »

3. Why genes alone do not explain cancer

Researchers have long known that the same mutations that cause cancer in one context may not in another — but haven’t understood why. New research, led by SKI’s Rich White and Lorenz Studer, provides an explanation for why some mutated cells but not others can form cancer, and offers potential therapeutic targets that could one day help patients. Read more » 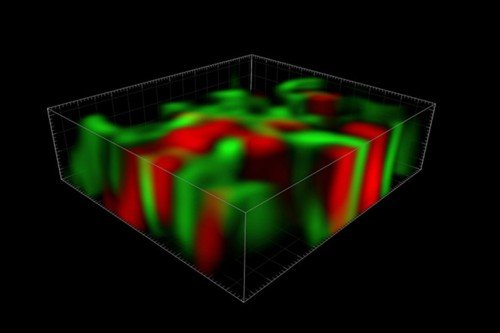 Gabriela Chiosis, a member of the Chemical Biology Program in SKI, has developed a new drug that has the ability to detect and reverse malfunctioning proteins in the central nervous system. It’s now being tested in a clinical trial for Alzheimer’s disease. Read more »

Using mice, researchers in the SKI laboratory of Frederic Geissmann identified a protein made by immune cells called macrophages that signals fat cells to take in more fat. If the same mechanism holds true in humans, it could be key to developing ways to help people gain or lose weight as needed. Read more »

6. Pinpointing why lung cancer is so aggressive

Stem-like cells that make up only a tiny fraction of the total cells in a small cell lung cancer tumor could be driving its metastatic behavior, according to SKI researchers Charles Rudin and Dana Pe’er who collaborated on a study funded by the Human Tumor Atlas Network (HTAN). Read more »

7. Hedgehog under the microscope

Hedgehog proteins are some of the most important molecules in development and cancer. Before Hedgehog proteins can function, however, they need to be assembled. SKI structural biologist Stephen Long and colleagues revealed this year how one of the Hedgehog “assembly machines” functions. Read more » 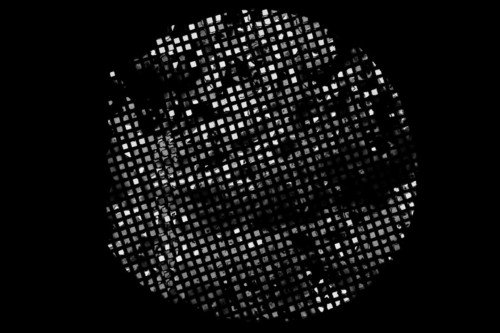 Structural Biology Program
Our researchers are dedicated to understanding biology at the structural and mechanistic levels, and aiding the development of new cancer therapies.
Learn more
Back to top

The DNA double-strand breaks that occur during meiosis are necessary for generating diversity but are also potentially dangerous if not well controlled. Two studies published this year by SKI molecular biologists Scott Keeney and Maria Jasin provide deeper insight into how these breaks occur and what happens when the process goes awry. Read more here and here »

9. Genes and environment in pancreatic cancer

Cancer often forms in sites of tissue damage, but exactly how tissue damage interacts with genetic changes to promote cancer isn’t fully understood. This year, SKI’s Scott Lowe and colleagues discovered how genes and environment cooperate in the earliest stages of pancreatic cancer development, laying the groundwork for earlier diagnosis and better treatment of the disease. Read more »

10. Why cancer cells and immune cells love sugar so much

Scientists have long known that cancer cells have an uncommon hunger for glucose but haven’t understood why. A study published this year led by SKI’s Ming Li offers a compelling answer, based on genetic and biochemical evidence, helping to solve a hundred-year-old mystery. And it’s not only cancer cells that experience this hunger. Our own immune cells do too, as SKI immunologist Joseph Sun and colleagues showed this year. Read more here and here »